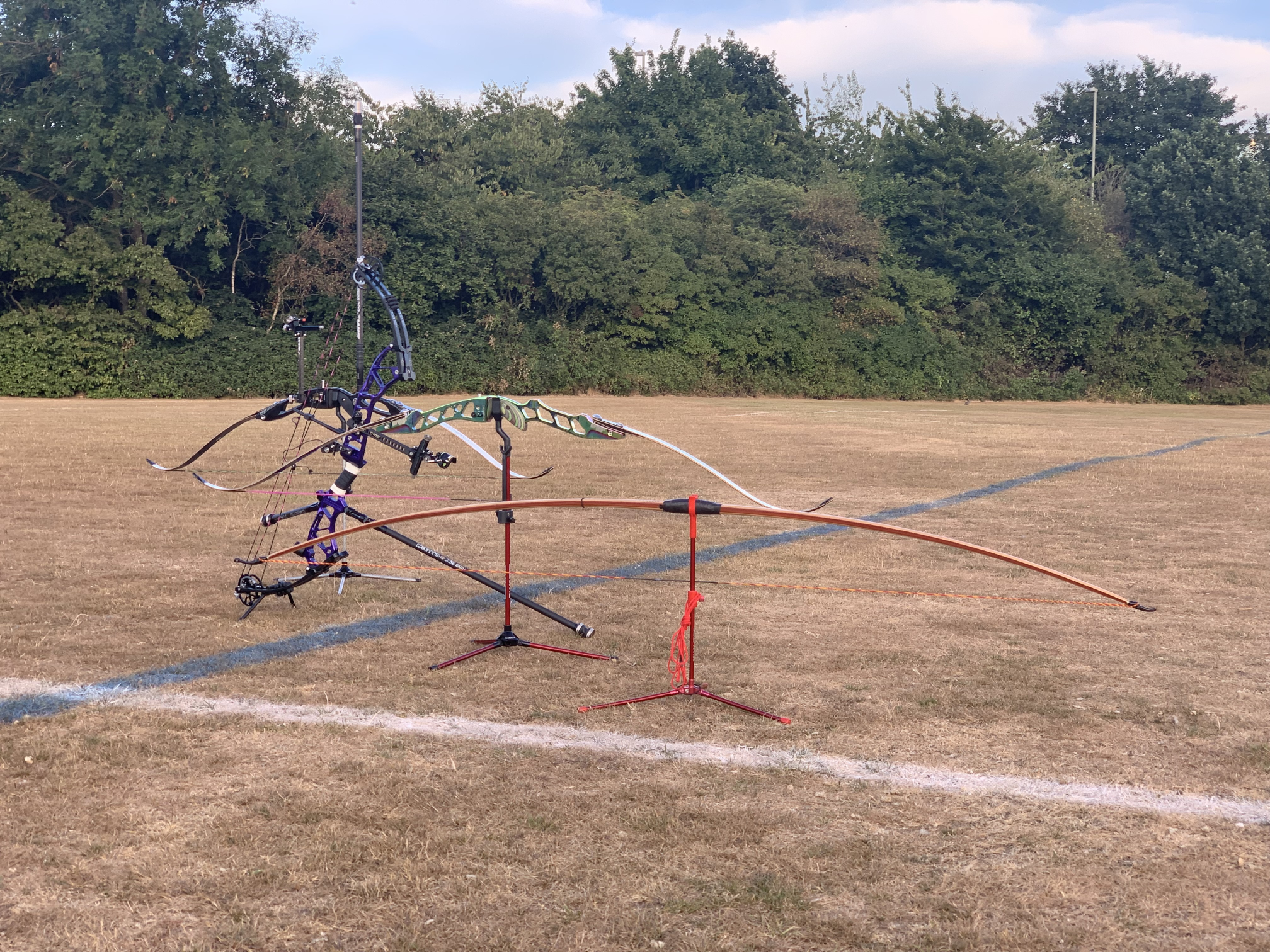 Here you will find all the different types of bow and archery styles!

The bow is the primary element of archery itself, but the forms in which it comes in vary quite a lot!
Archers can pick a style for a range of reasons. Some may like a style for how it feels to draw, or how accurate the shot is, or even just how it looks!
Here’s a short summary of different bow styles. If you’re interested in a style in particular, click the name of that style for more information. 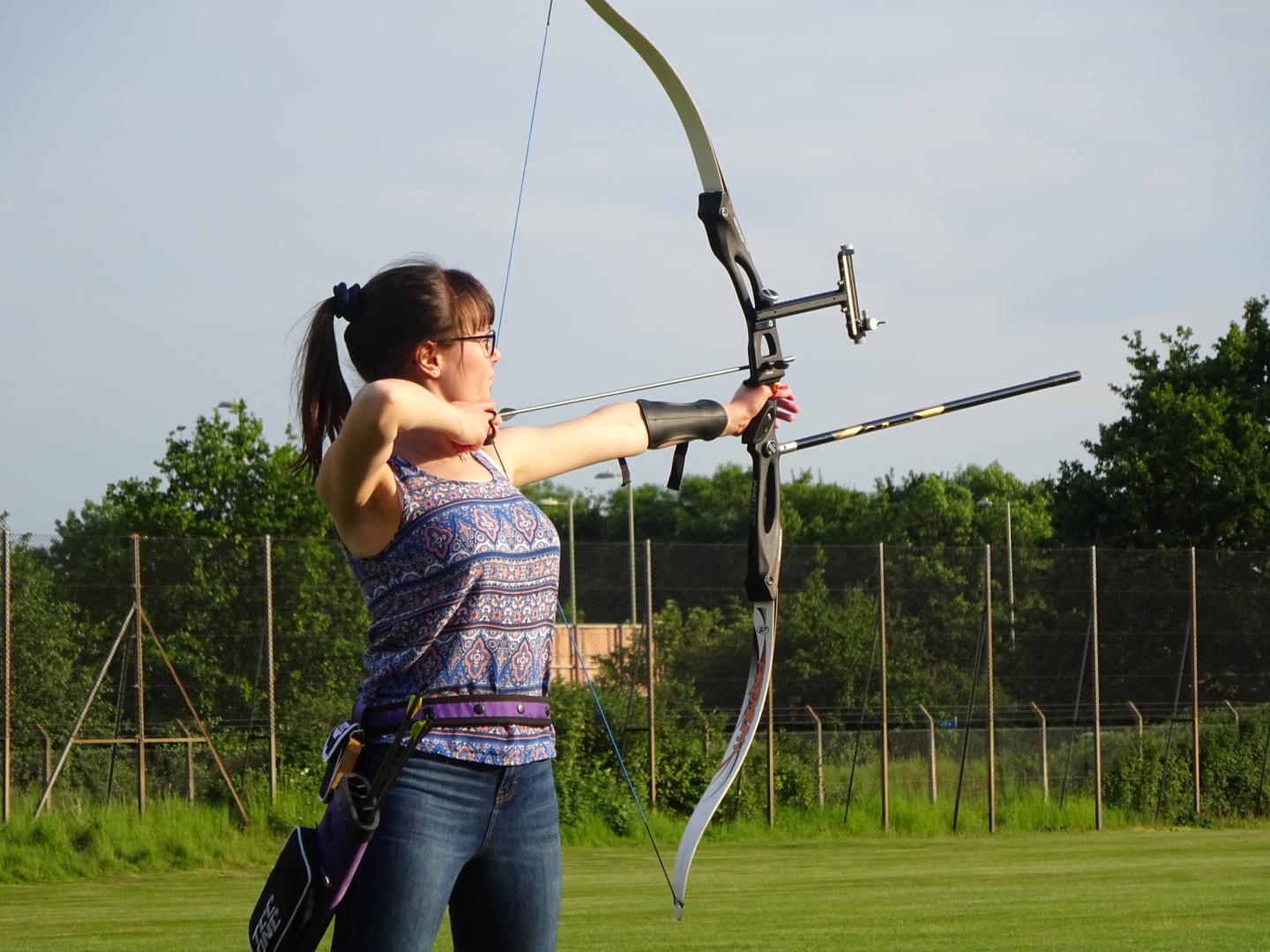 Most of our archers shoot recurve, and it is the style we teach all beginners at the club.
Recurve is drawn using the fingers, usually the Mediterranean draw style, where one finger is placed above the nock and two fingers are placed below. The string is drawn back in this fashion so that the fingers end up underneath the chin, with the string touching the tip of the archer’s nose.

A recurve usually consists of:

Riser
The center part of the bow, where the handle is.
2 Limbs
The part of the bow where elastic energy is stored (it bends back).
Sight
When adjusted properly, this is used to look through towards the target, at the center, and aim.
Stabilizers
Usually a long rod and side rods. Many club archers only use a long rod.
Clicker
Clicks once the draw has reached a consistent point, so the archer knows to release. 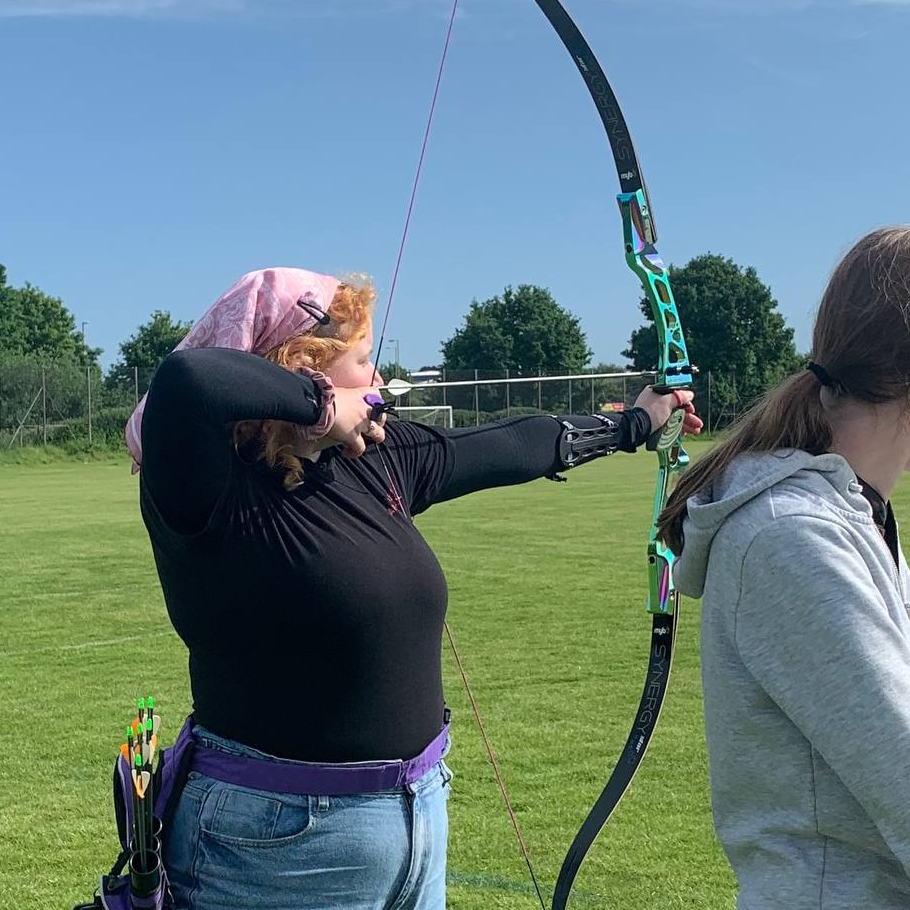 Barebow can be similar to recurve in that they can have a riser and limbs, but they differ by not having sights! Archers using this style have to aim by using other points, such as the tip of the arrow.
Typically, barebow archers use three fingers below the nock, and draw to anchor on their cheek, allowing easy usage of the arrow for sighting.

A (recurve) barebow usually consists of:

Riser
The center part of the bow, where the handle is.
2 Limbs
The part of the bow where elastic energy is stored (it bends back).
Barebow Weight
A small weight attached to the bow is usually allowed. 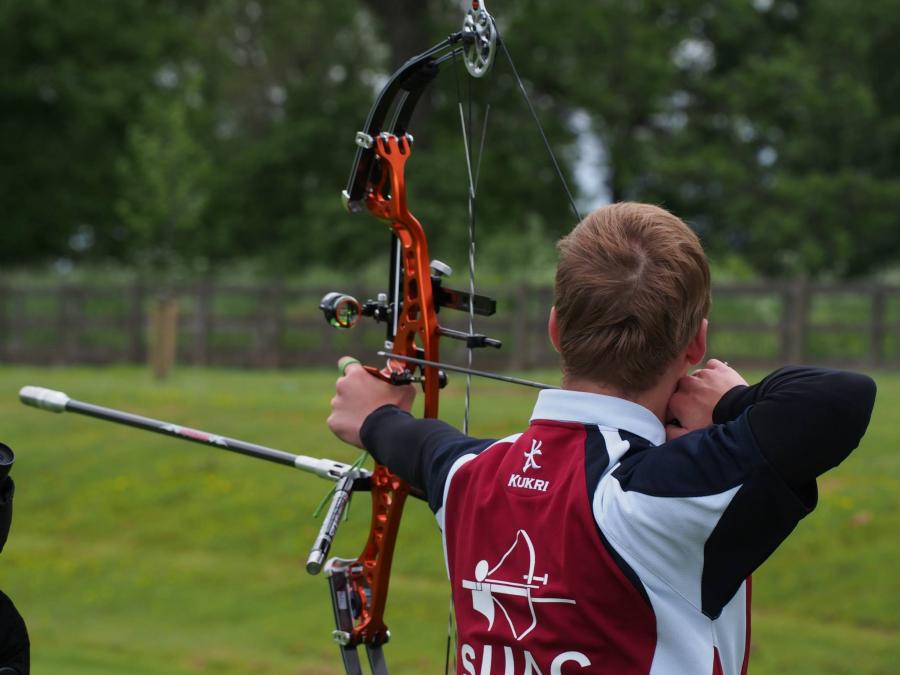 Compound bows use cams to provide a mechanical advantage, increasing the total energy over the draw length (hence the name ‘compound’, like compound interest).
A side effect of using cams is that the shape of the cam can be modified to change the poundage at any point of the draw, resulting in many manufacturers and archers choosing to have ‘let off’ – where the poundage of the bow decreases at full draw to be easy to hold. This is often mistaken to be the defining feature of compound instead of the compounding draw weight.*
Compound archers typically use a release aid, a mechanical device that holds and releases the string with some variant of trigger, instead of releasing from their fingers.

A compound usually consists of:

Riser
The center part of the bow, similar to recurve.
Limbs
The part of the bow where elastic energy is stored. Unlike recurve, these do not come off without special equipment.
Cams and Cables
These provide the mechanical advantage. The cams rotate on the ends of the limbs, and the cables pull on the opposite limb.
Sight and Scope
This is used to look through towards the target, and sometimes applies magnification.
Peep Sight
This aligns with the dominant eye at the appropriate anchor, and is looked through in combination with the sight.
Stabilizers
Usually a long rod and side rods. Many compound archers only use one side rod.

*Yes this is a compound archer being salty about how people misunderstand the style. 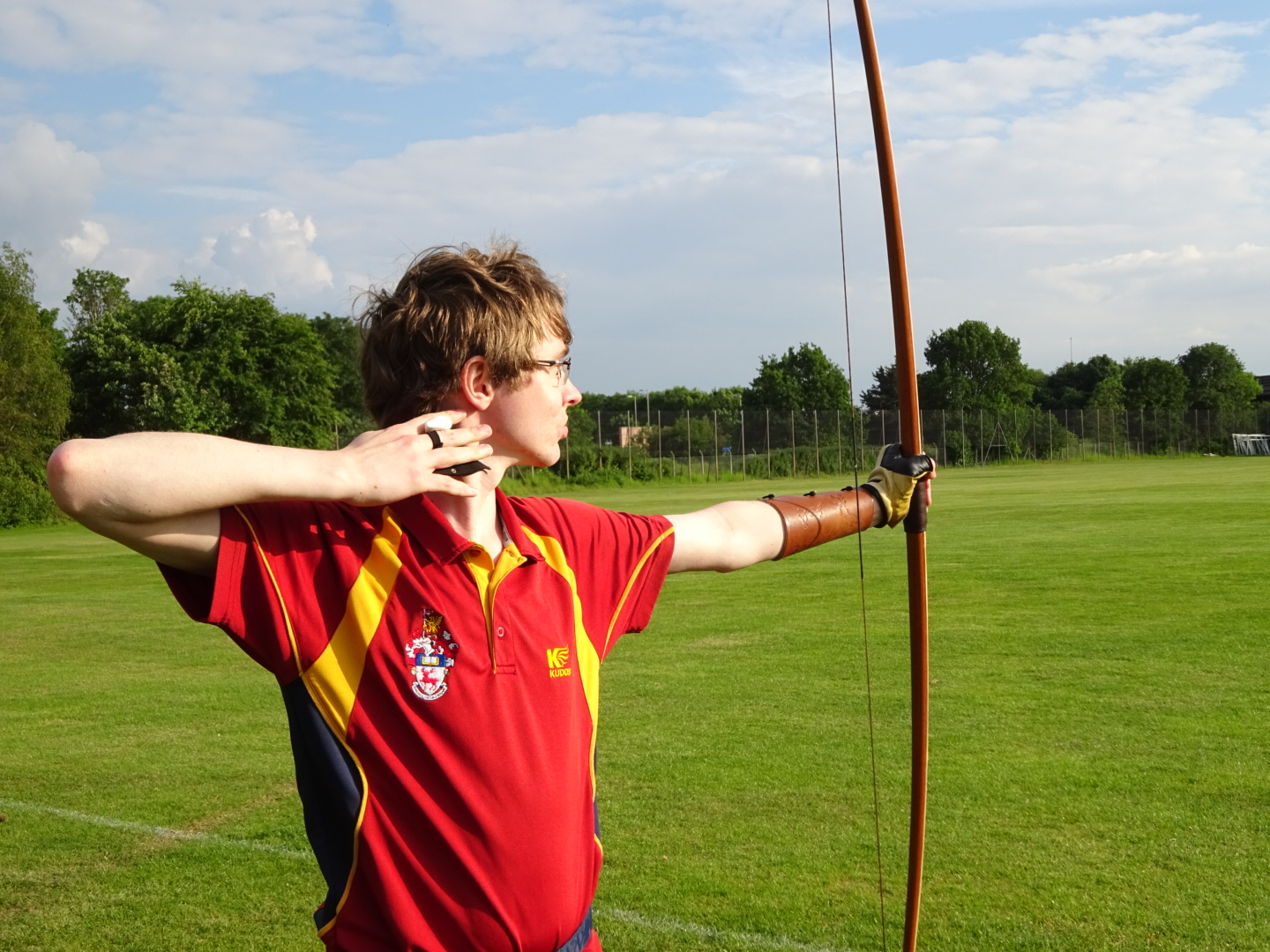 Traditional bows are bows that are typically constructed using non-modern materials, and often have roots in different cultures. For example, the English longbow, or the Japanese yumi.
Traditional archery encompasses a huge variety of bows, some of which we have at the club. However, the dominant form in the UK is the longbow. ArcheryGB provides a competition class for longbow archers.

Longbow archers typically shoot traditional arrows made of wood, goose-feather, and steel tips. They often wear a glove on their bow hand, which functions as the arrow rest.

In the UK, any non-longbow traditional styles will be placed into the barebow category.