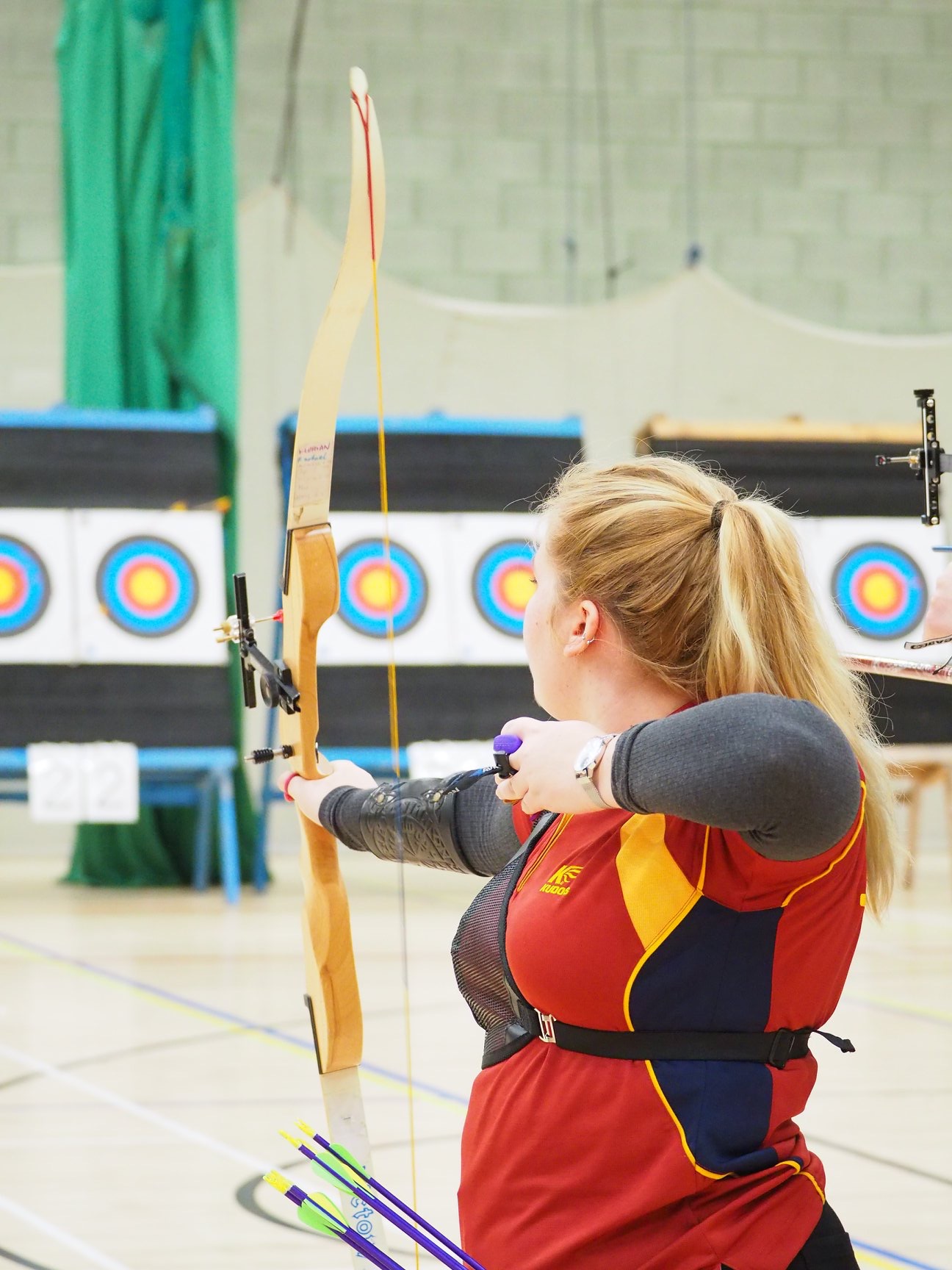 Shooting at round 2D target faces from designated distances, and can be done indoor in the indoor season (winter) and outdoor in the outdoor season (summer). The scores depend on the type of face you shoot at, and can range from 1-10 to 6-10, or just the odd numbers, or just hit/miss. The faces are determined by the rounds you shoot. Full information can be found in Rounds.

Distance: 15-20m
Target: 30-80cm circular face
This is what we shoot at the range. You can shoot a wide variety of rounds in this type, from GNAS to FITA rounds. Simply put, you have a circular target to aim at, and the middle score is the highest (so aim at that bit!). SUAC competes in many competitions in Hampshire and also with other universities in target archery. Should you wish to join in with these, the club secretary will email the club about upcoming competitions in due time.

Distance: 30-90m
Target: 80-122cm circular face
Same as indoor target archery, just outside. Longer distances and larger targets are shot. You may have to account for things like wind and rain, and make sure you wrap up warm.

Distance: 5-75m
Target: 20-80cm WA field face or 3D models and pictures of animals.
Field archery involves shooting at targets of varying and often unmarked distance, typically in woodland and rough terrain. As the distance is often unmarked, you have to judge it and aim accordingly. The shooting positions are marked by (at least) 3 coloured pegs. In a WA round you shoot at one of the pegs based on your division (bowstyle), whereas most NFAS (National Field Archery Society) rounds, have a “walk-up” format where you start shooting at the furthest post, and if you miss, you move to the next closest post until you hit, receiving a different number of points depending on the colour of peg. In a WA field round, the targets are typically black faces with a yellow centre, whereas NFAS rounds have themed targets (like 3D models/2D photos of bunnies and ducks, or zombies) and often contain extra rules such as awarding higher points are awarded for shots inside the “kill zone”. There are also more bowstyle classifications than target archery including ‘American Flatbow’, ‘Barebow Traditional’, and ‘Compound Barebow’. 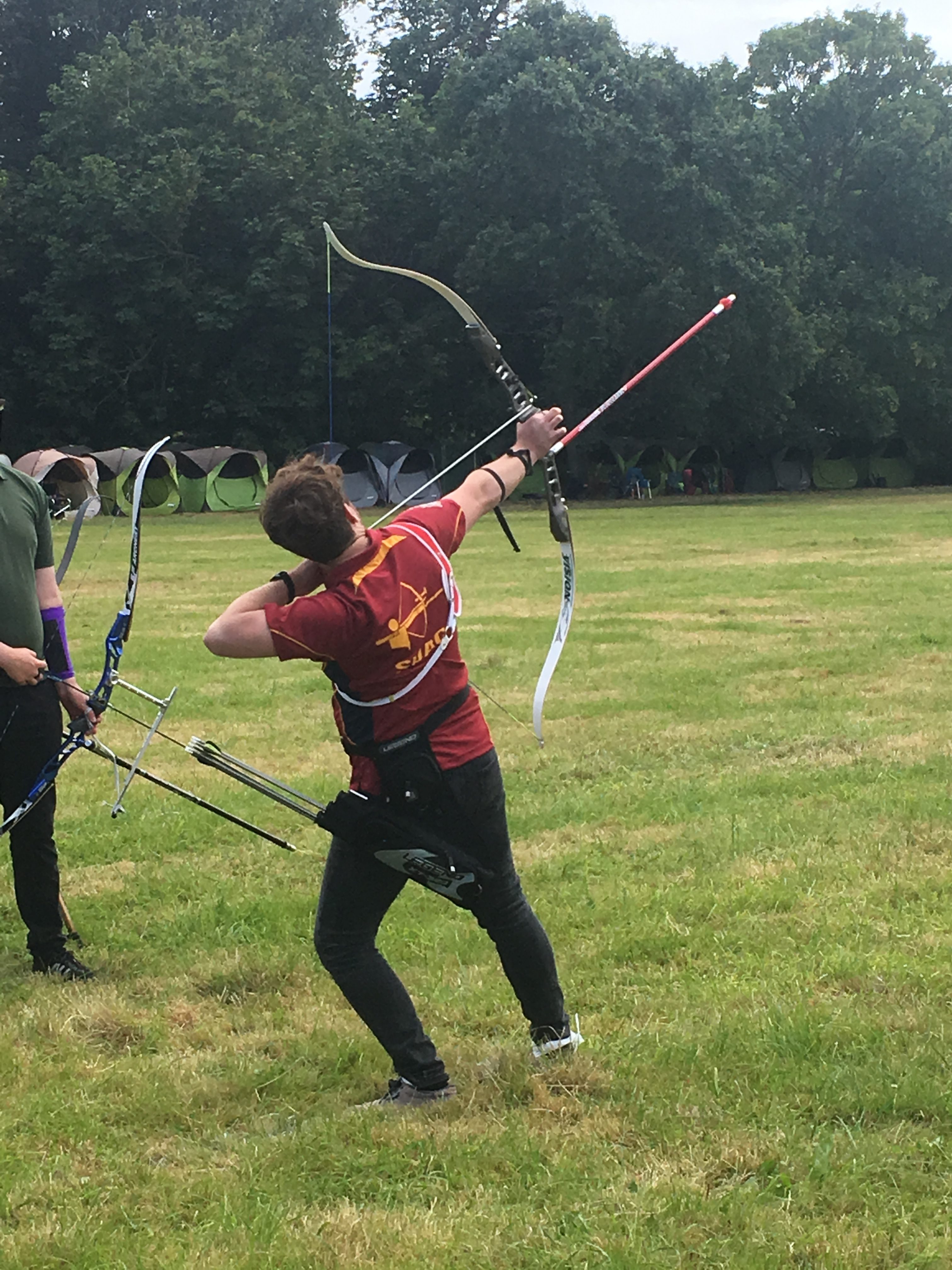 Distance: 100-180m
Target: Flag
In clout, you shoot extremely long distances, aiming at a flag stuck in the ground. The scoring area extends in a 15ft radius around the flag, and the closer your arrows, the more points you get!

Distance: 120ft – 180ft
Target: Wooden post
Wand shooting is similar to clout in that the target is very far away. However, the target is just a large plank sticking out of the ground with a small oval on the floor behind it for near misses. 5 points for hitting the wand, 1 point for the ring. 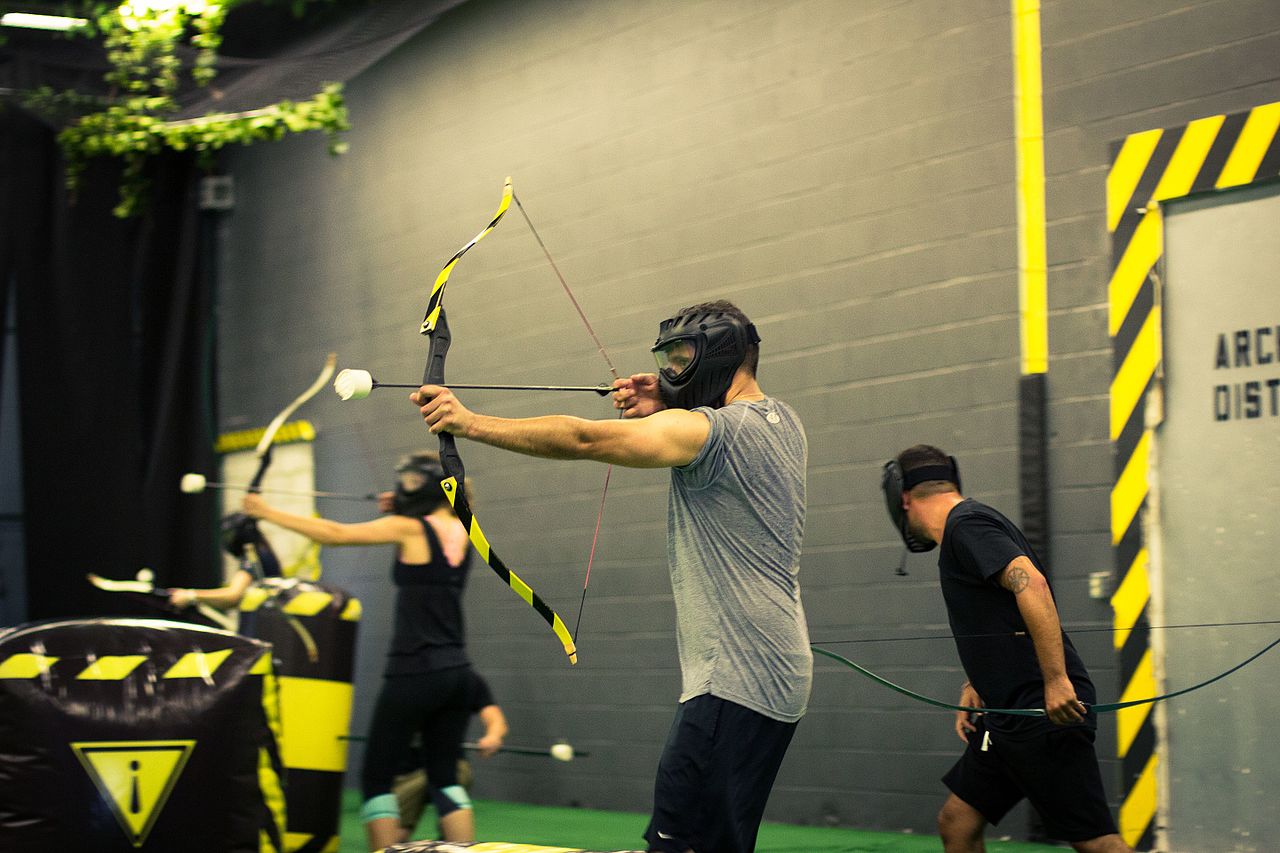 Distance: 10-50m
Target: Other people
This very fun form of archery involves shooting at eachother with 18lb bows, foam-tipped arrows and masks. Imagine paintball/airsoft except with bows and arrows, and big inflatable barriers.