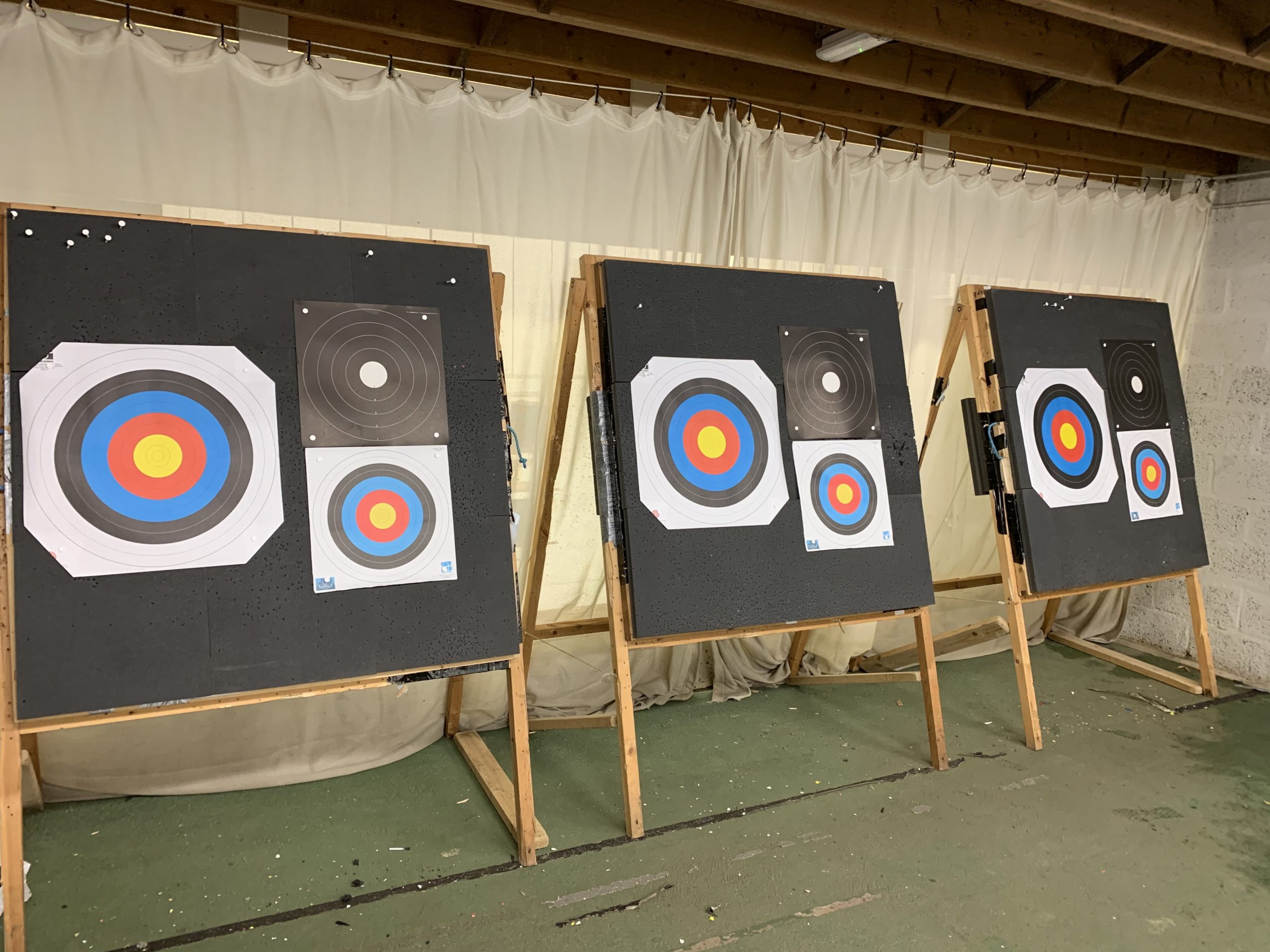 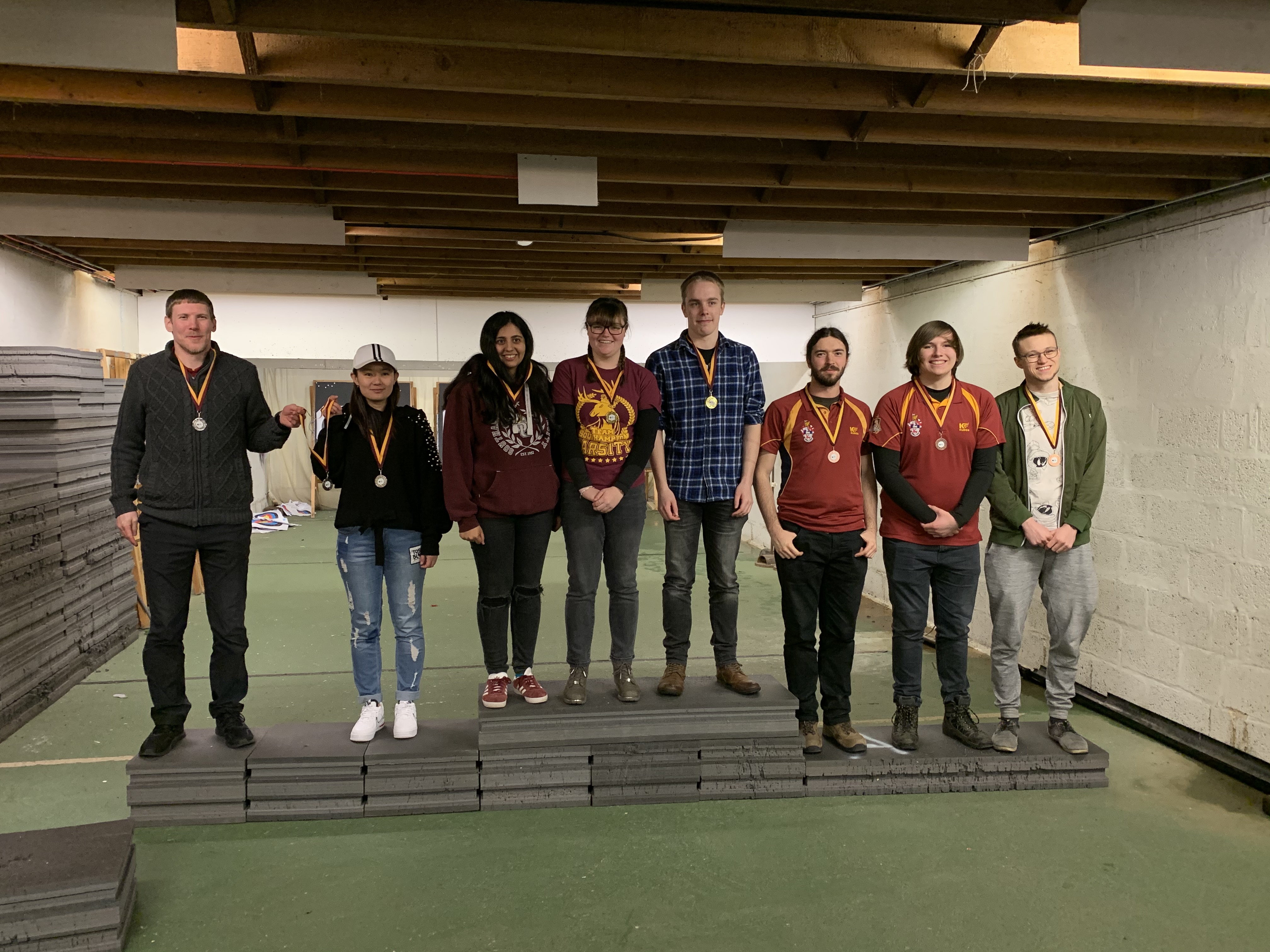 Returned for this year, the team champs kicked off the weekend, with teams decided by our ace Comps Officer and a round devised solely to confuse as many people as possible (at least, it seemed that way). Five teams of three, plus Sara, set up ready to go, still not entirely sure where they were meant to be aiming. The round shot was called a Leicestershire and Rutland 300 (L&R300), which comprised of a Portsmouth, Worcester and Bray face, where each archer shot one dozen arrows at each face (with the exception of Team Sara, who shot what she wanted and when), with an exceptionally confusing system of who was shooting which face at which time which I’m still not 100% sure I understand.

The shoot ran well given how confused all the archers were, with only two archers retiring due to injury/biological sabotage. This allowed Sara to step in and save the day, providing a dozen for each of these teams to make the numbers up (Go Team Sara!). Overall, a fun shoot for all and a good start to the weekend; with [Bethany, Yanna and Dan] taking 1st place, [Alex, Lea and Chen] in 2nd and [Stuart, George and Niklas] taking 3rd. 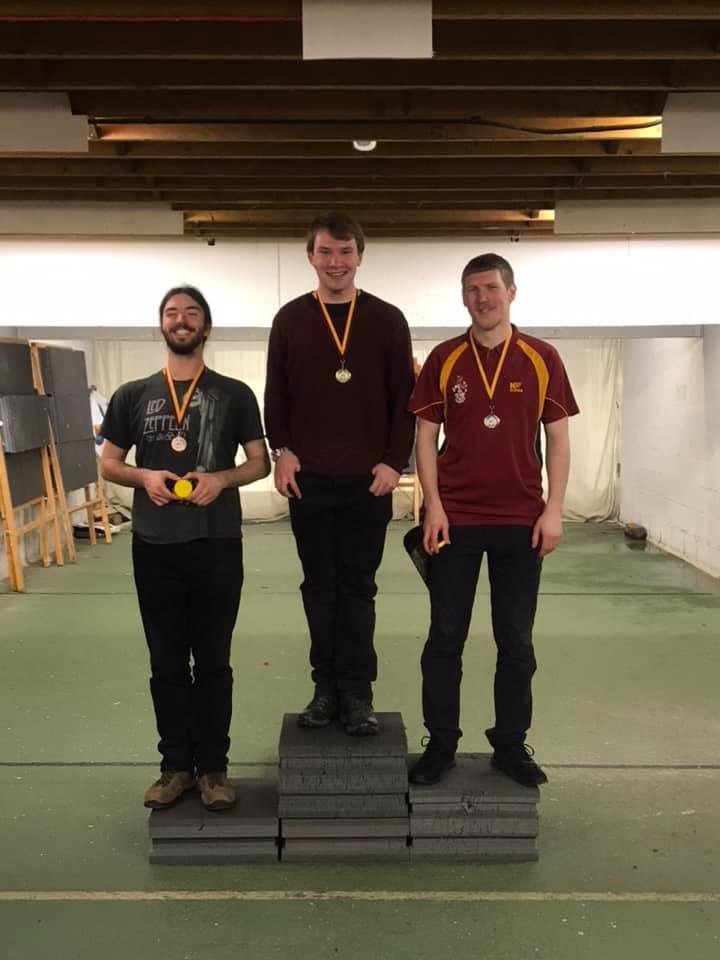 After a relaxed and friendly (ish) shoot the day before, the individual champs rolled around, igniting rivalries and providing a silence of the likes the range has never heard. With most people having shot a seeding round during the week before, the head to heads began just after lunch with the first three pairs ready to shoot. One pair shooting for a place in the 1/16th finished fairly quickly, while the two pairs already in the 1/16th round battled it out. Things ran as expected for the rest of the 1/16th round, with the exception of one match giving a shock result due to another case of biological sabotage. Many tense moments and surprise shots later, we were down to the last 4, ready for the semi-finals to begin. Two tense matches of Callum against Stuart, and Alex against Haoyan, with some added ambience provided by the rain hammering down outside heard through the silence of the whole range holding its breath, resulted in the first and second seeds against each other for the gold medal match.

Finals time. The binoculars came out and some great matches were shot. No one dared to breathe, let alone move as the final battles waged, the last warriors readying themselves (and only shaking very slightly, I promise) to decide who the champion would be. These were evenly matched all the way through for both pairs, until a final devastating end in the gold medal match, with 3 hits against none taking the final points needed to win.

After everyone stopped holding their breath and the noise in the range slowly resumed to its normal level, the medals were awarded with Callum in 1st place, Alex in 2nd and Stuart in 3rd.

All in all, another enjoyable day when the heart rates slowed back down to normal levels and everyone remembered how to breathe. As always, a pub trip was in order to celebrate another successful club champs weekend. 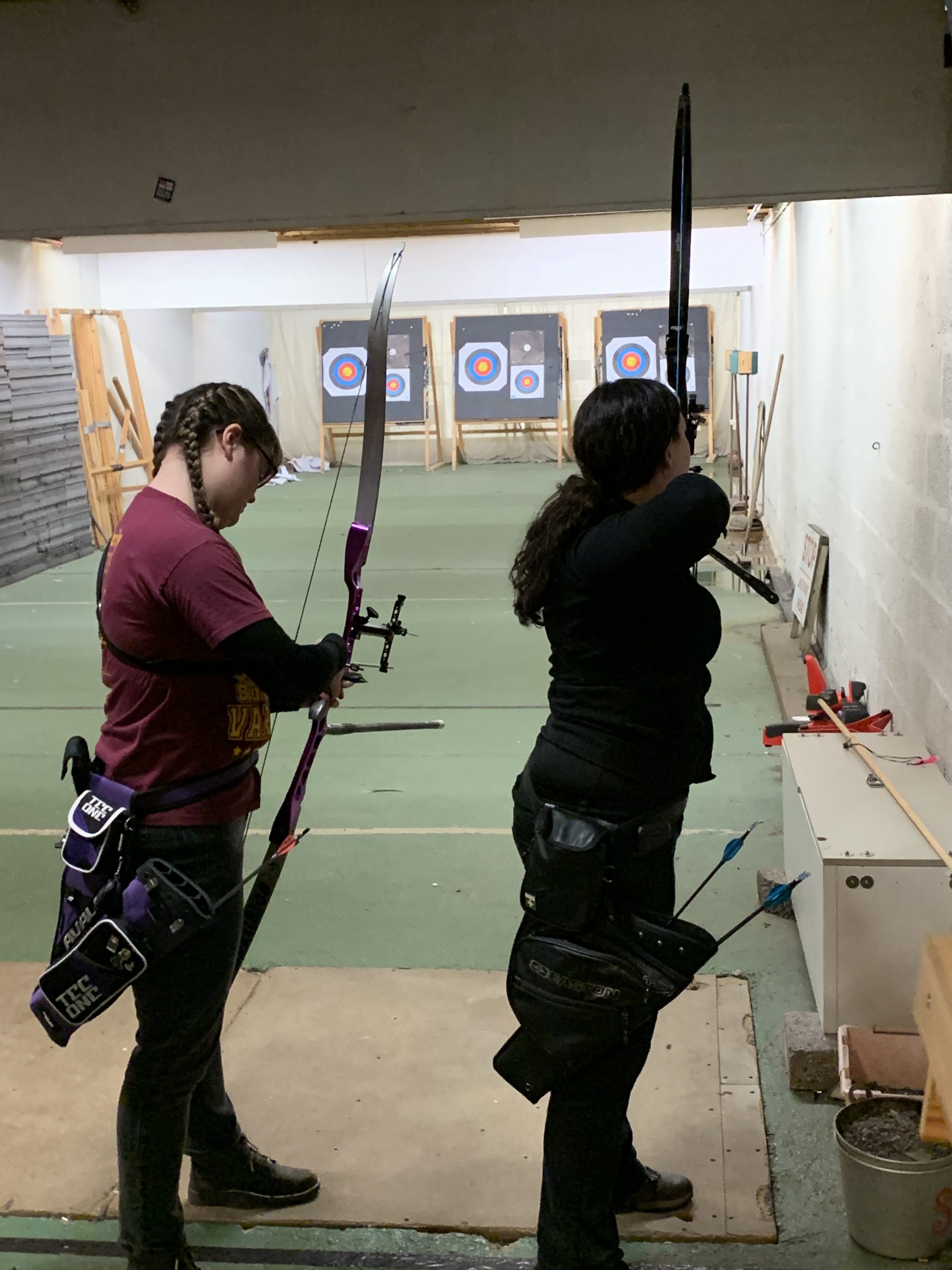 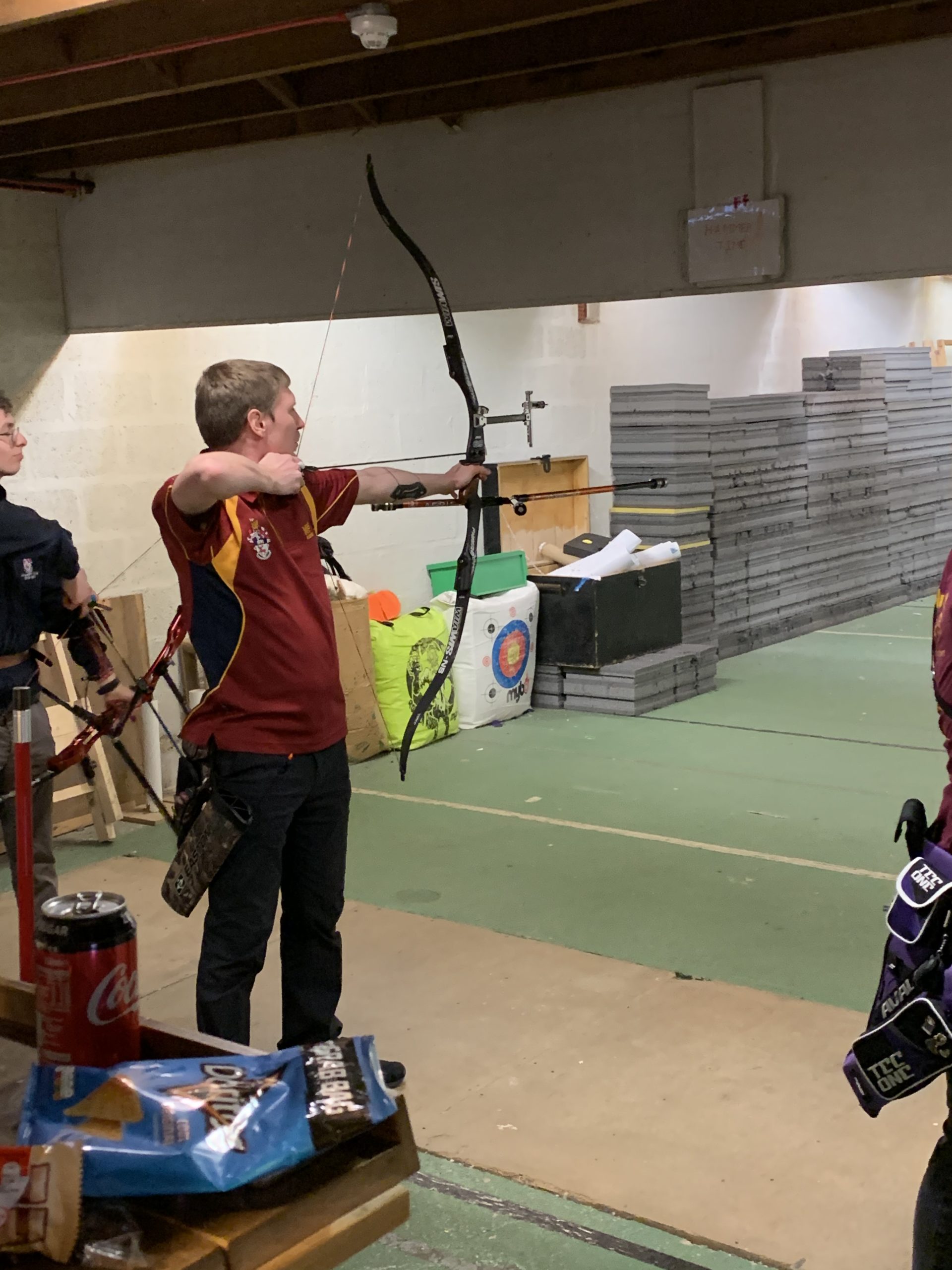 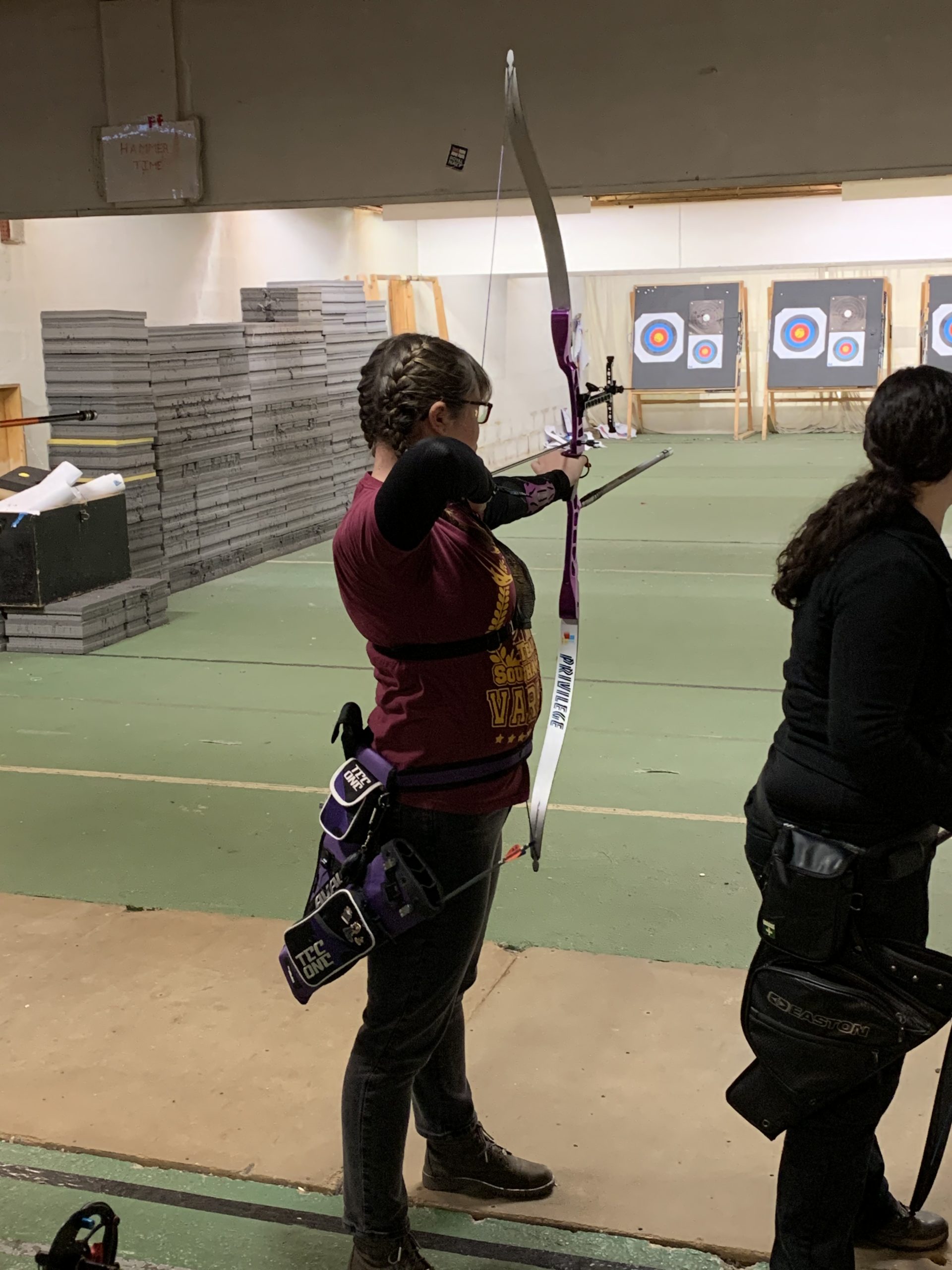 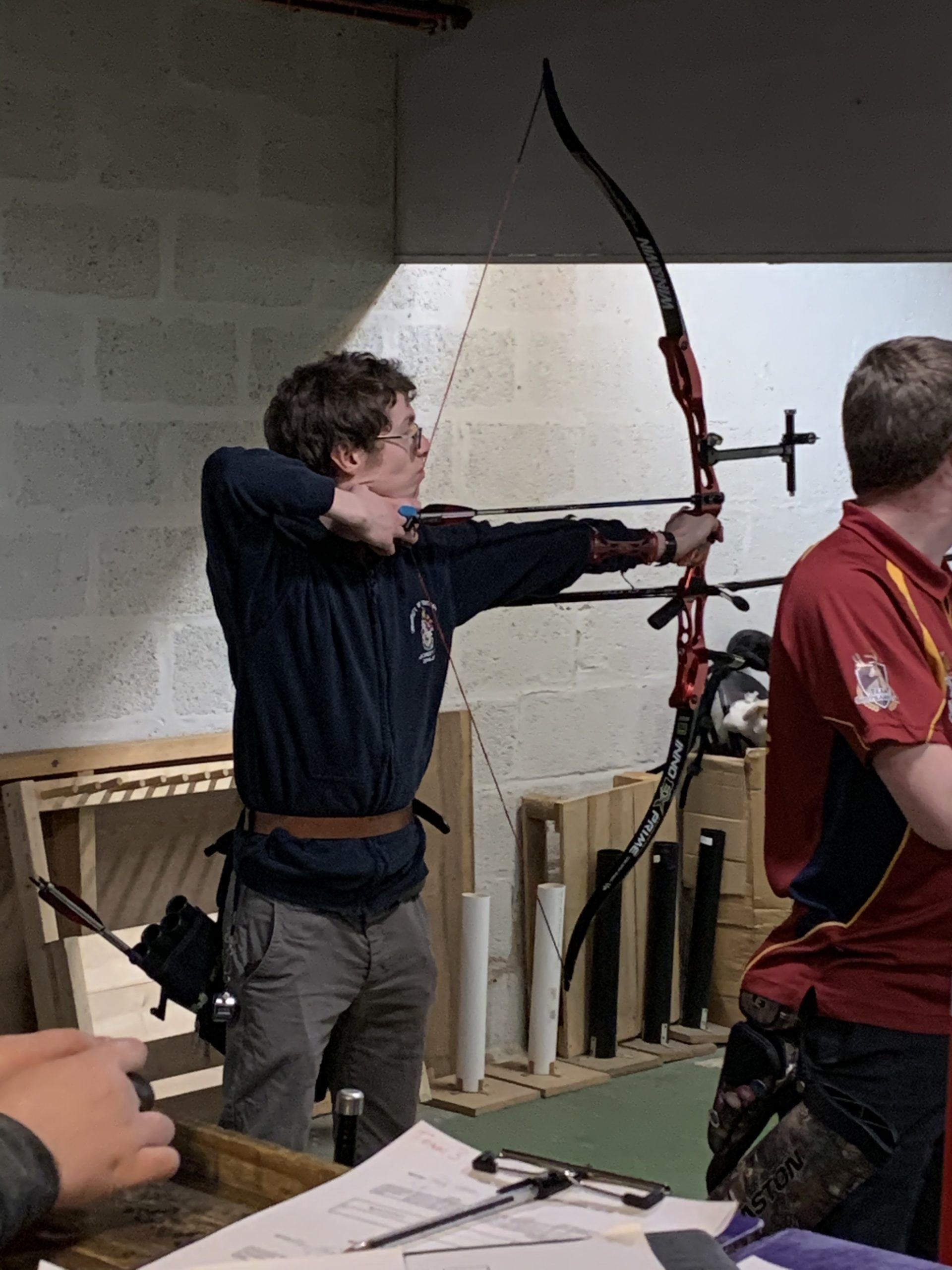 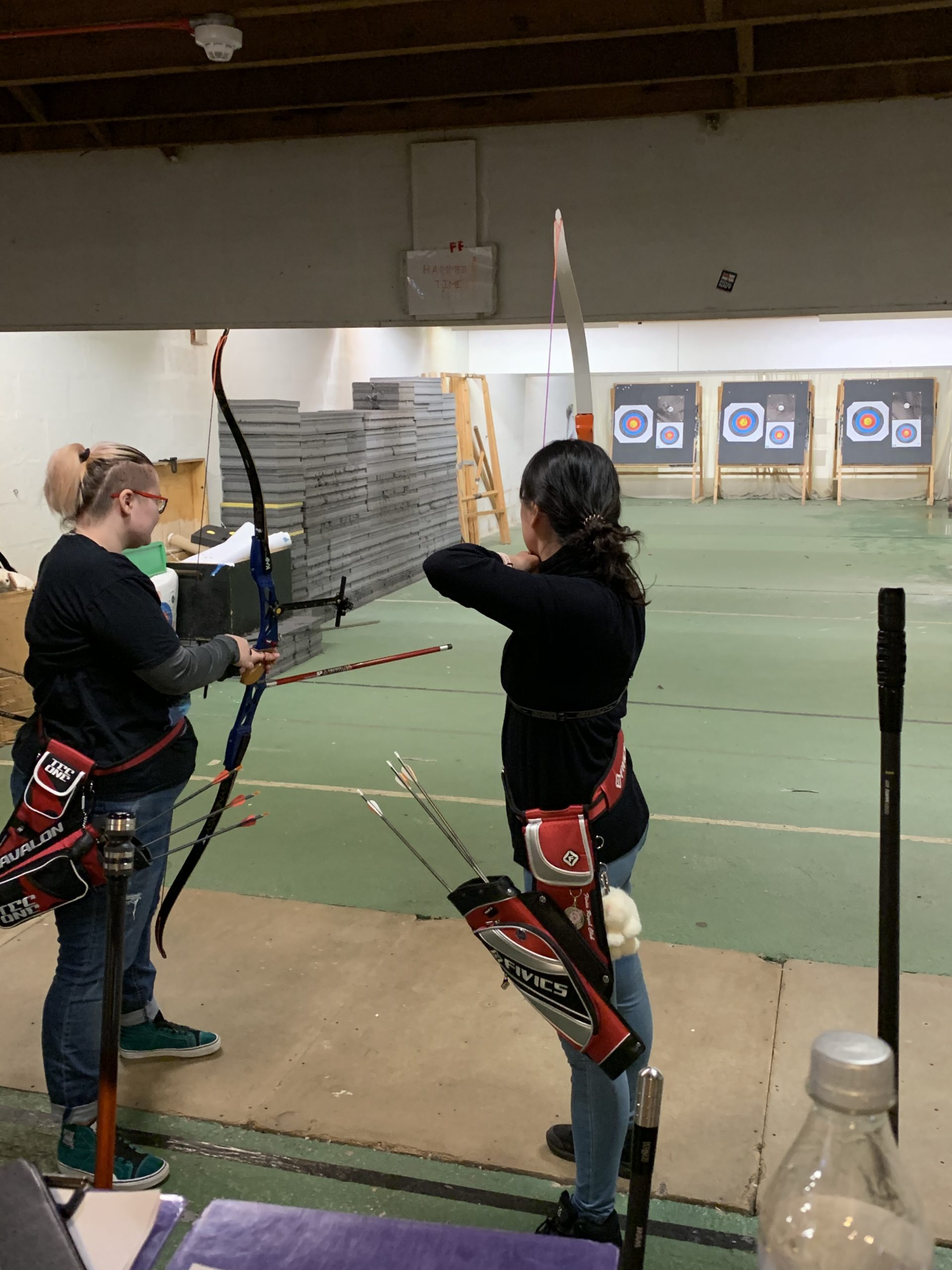 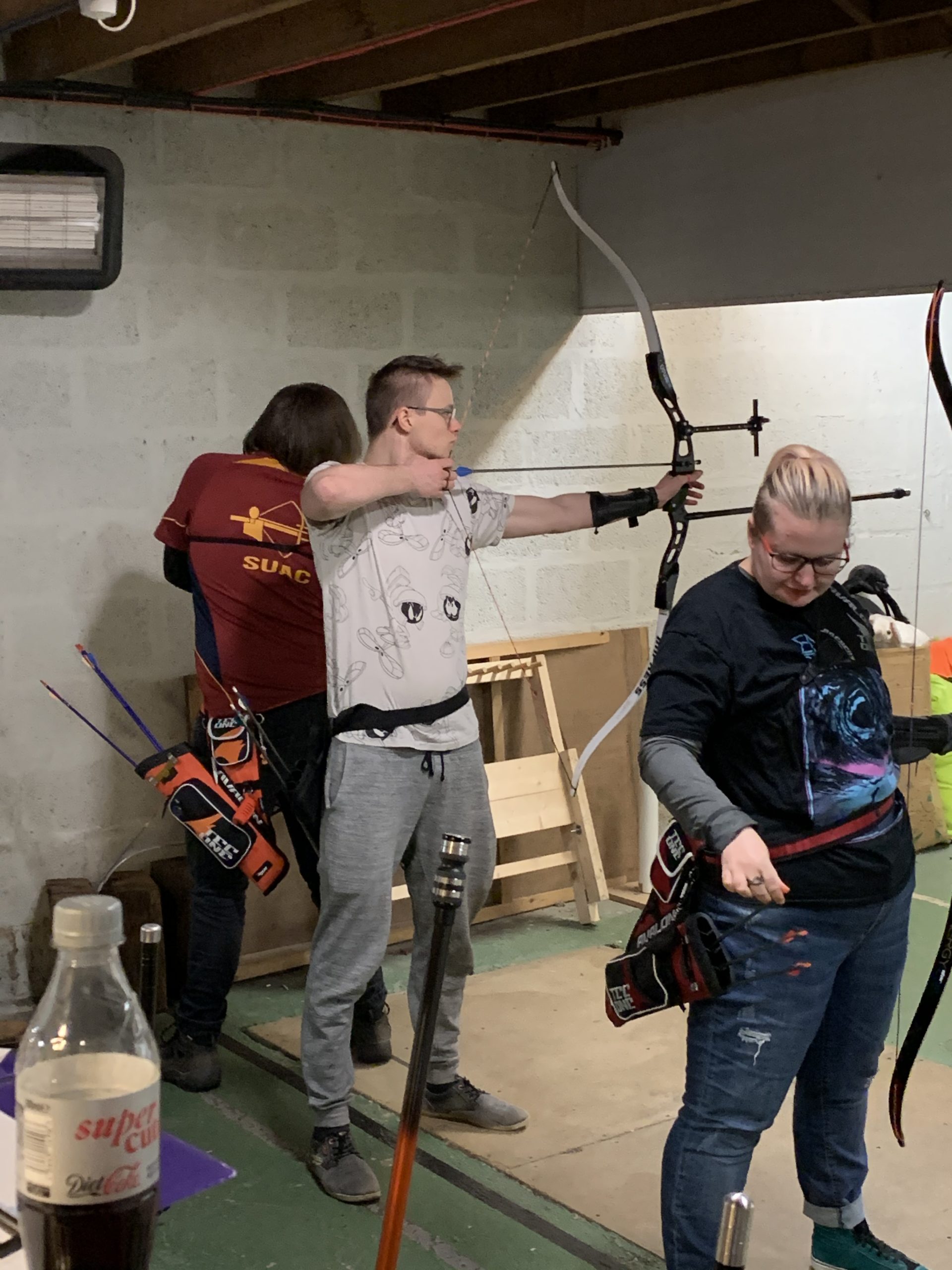 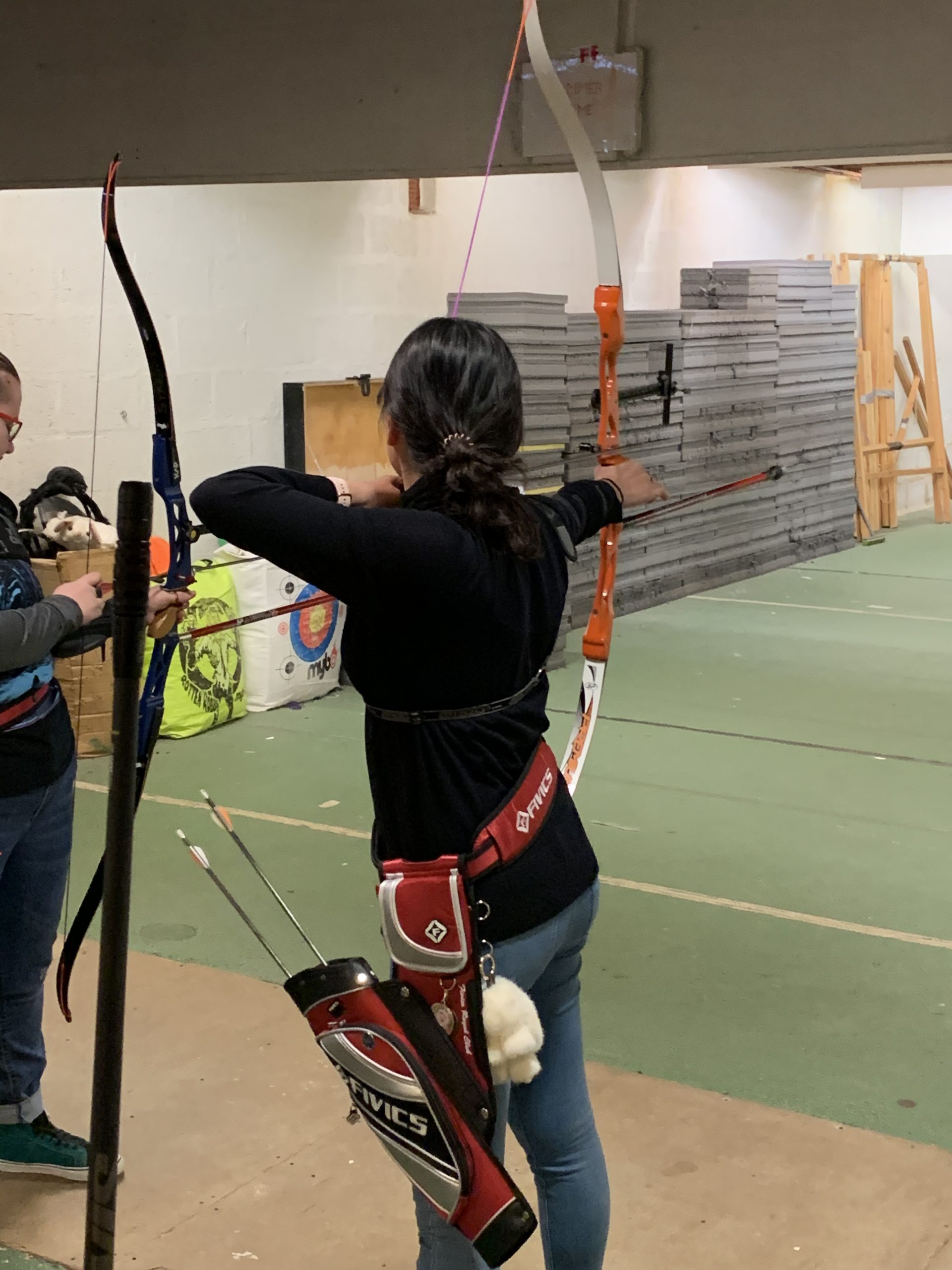 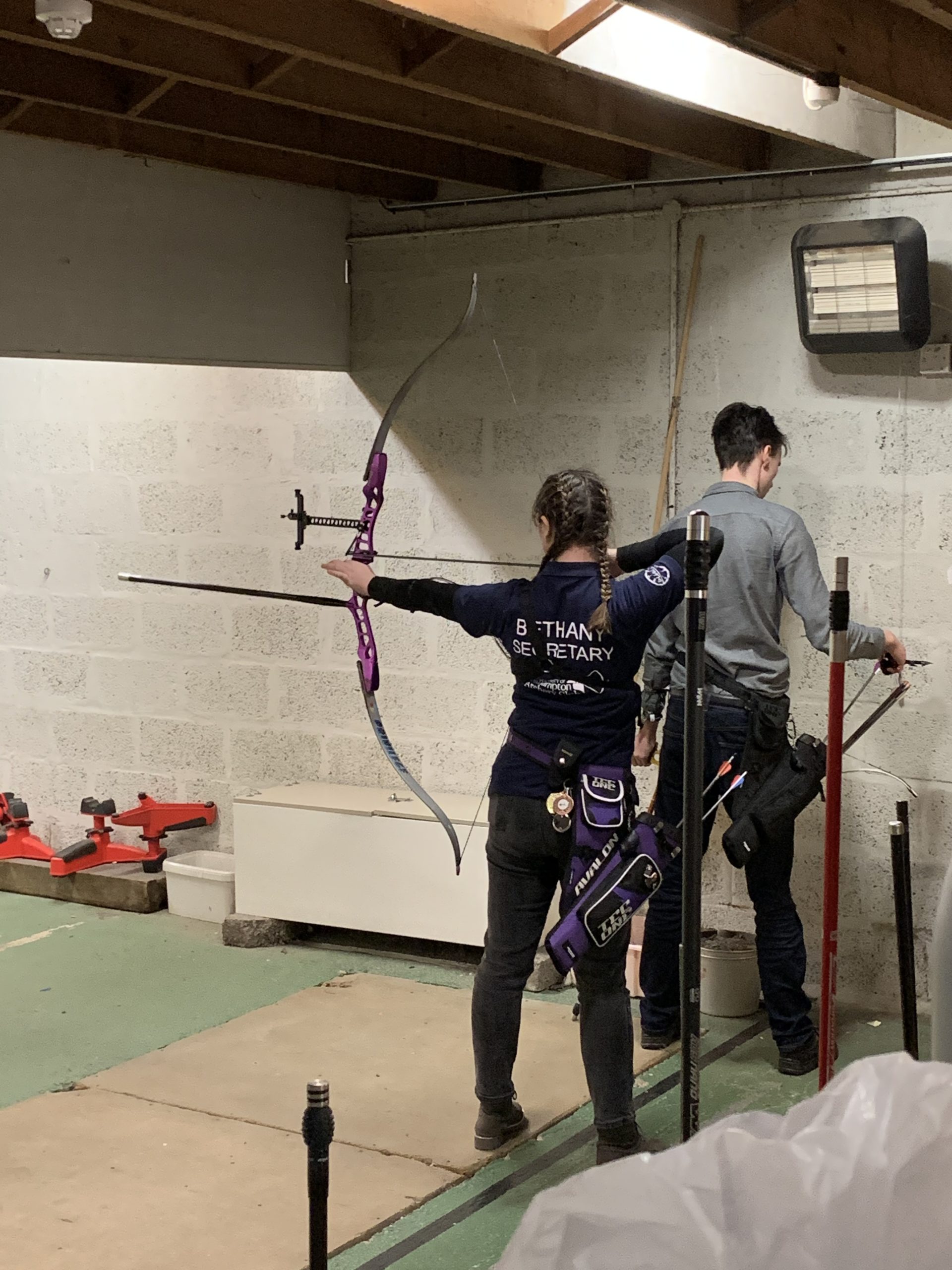 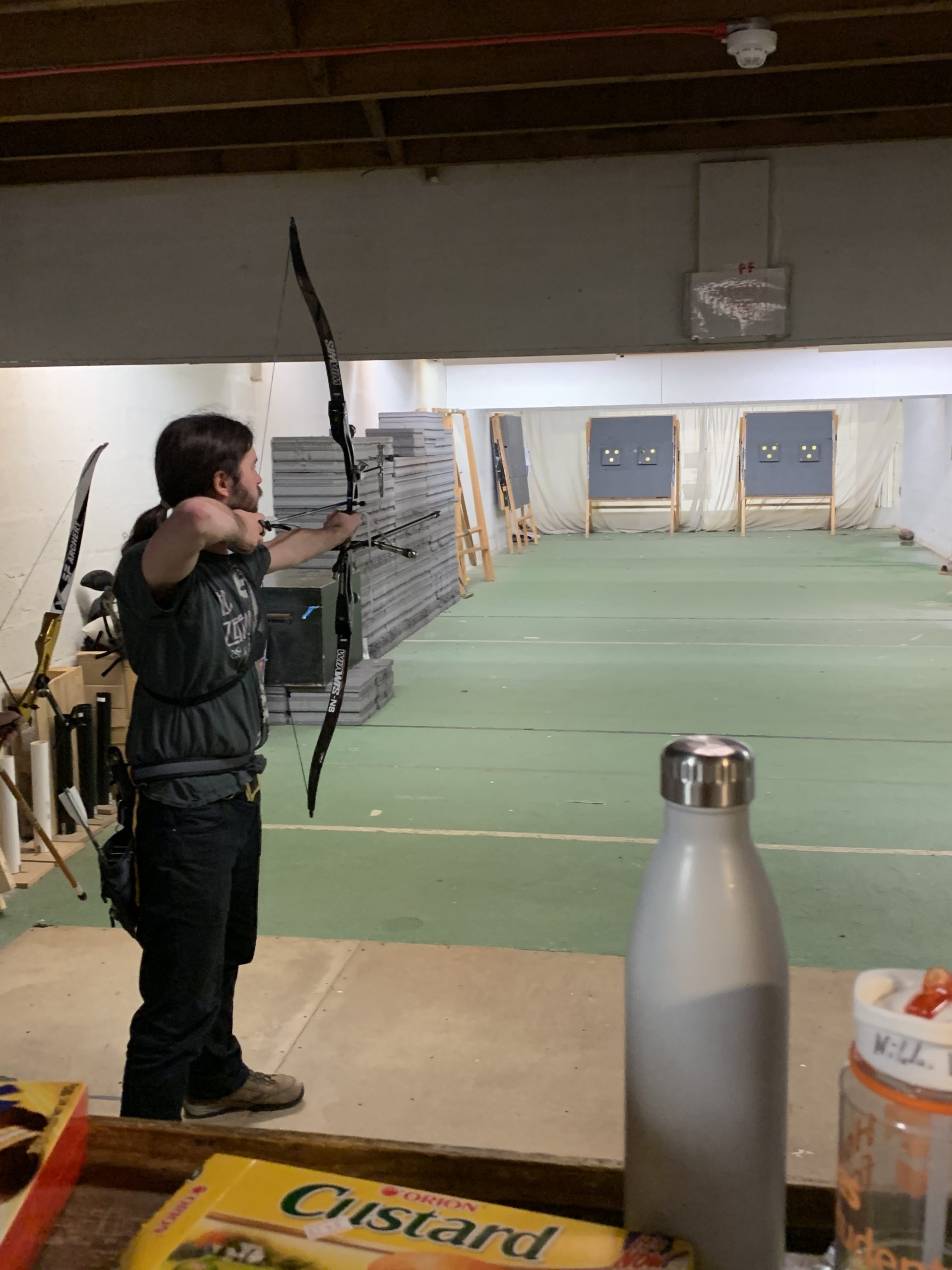 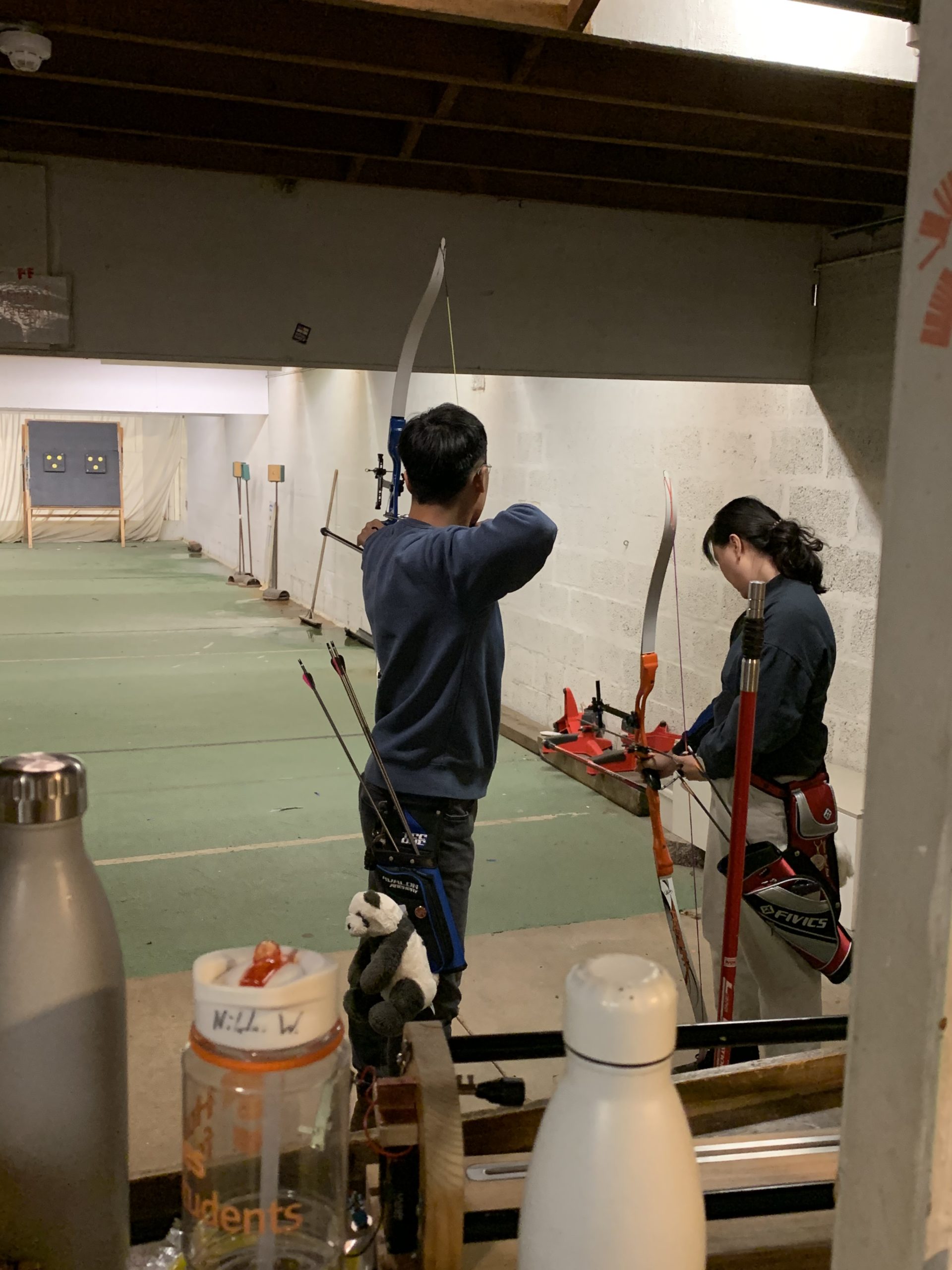 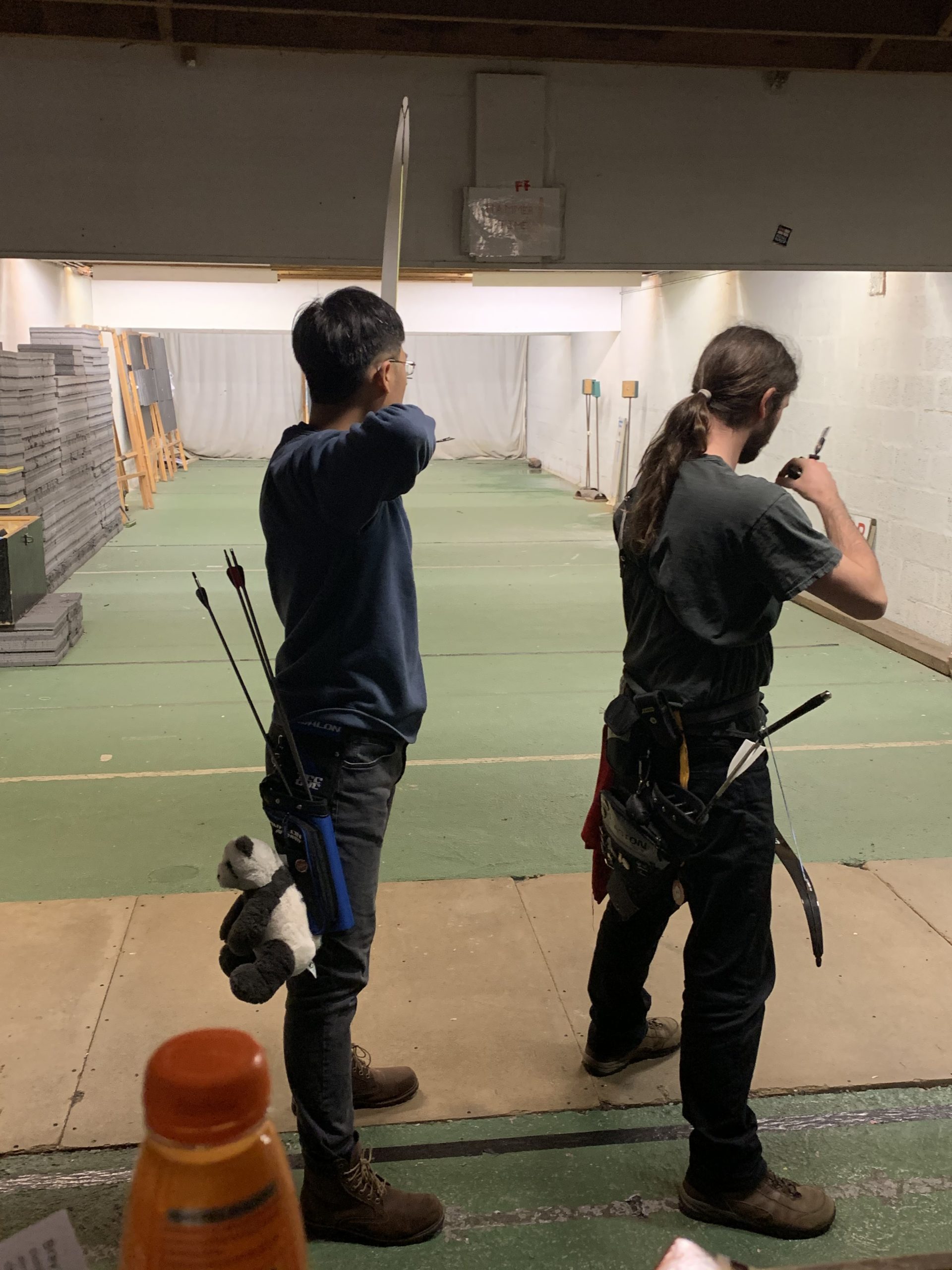 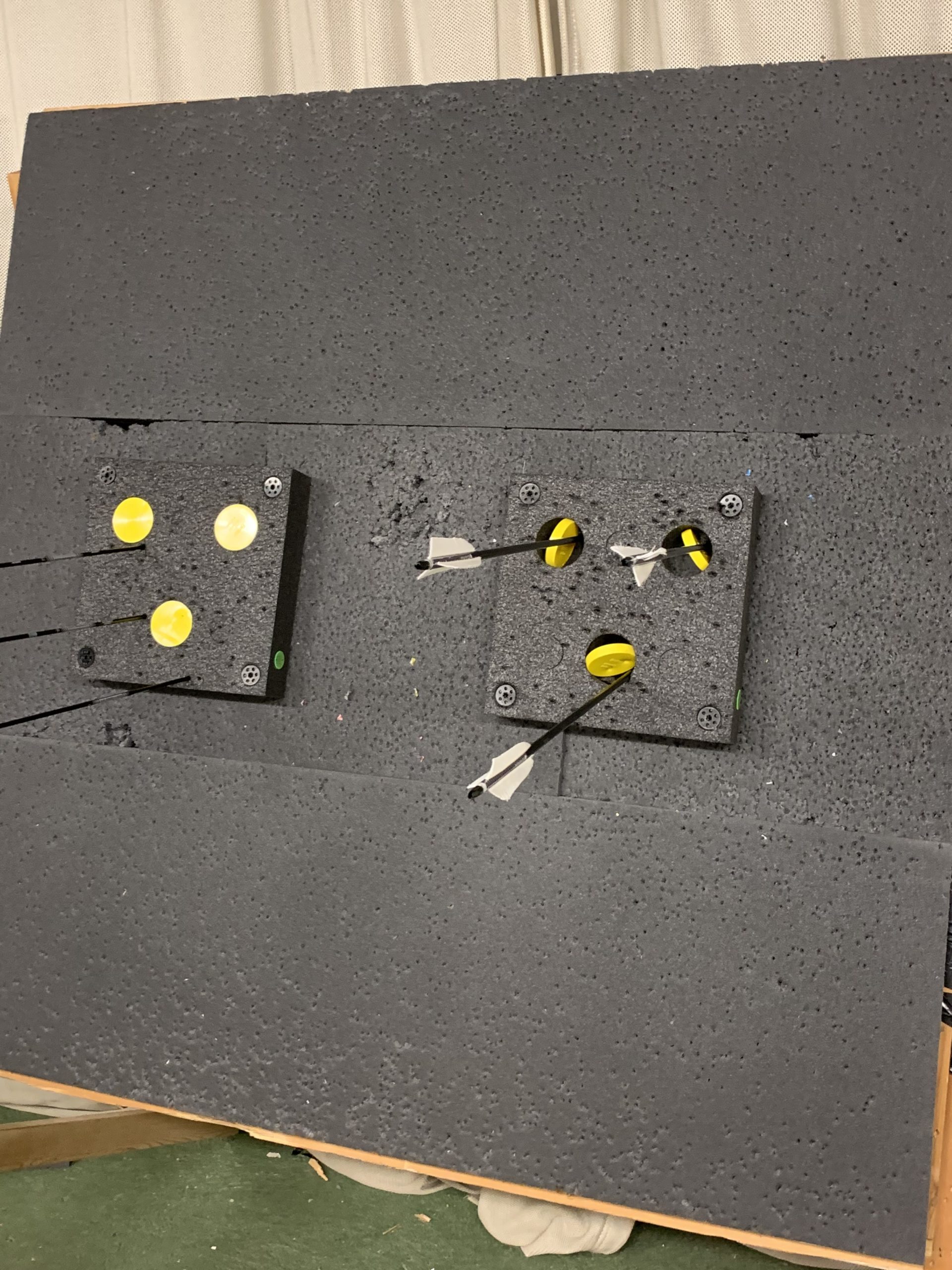 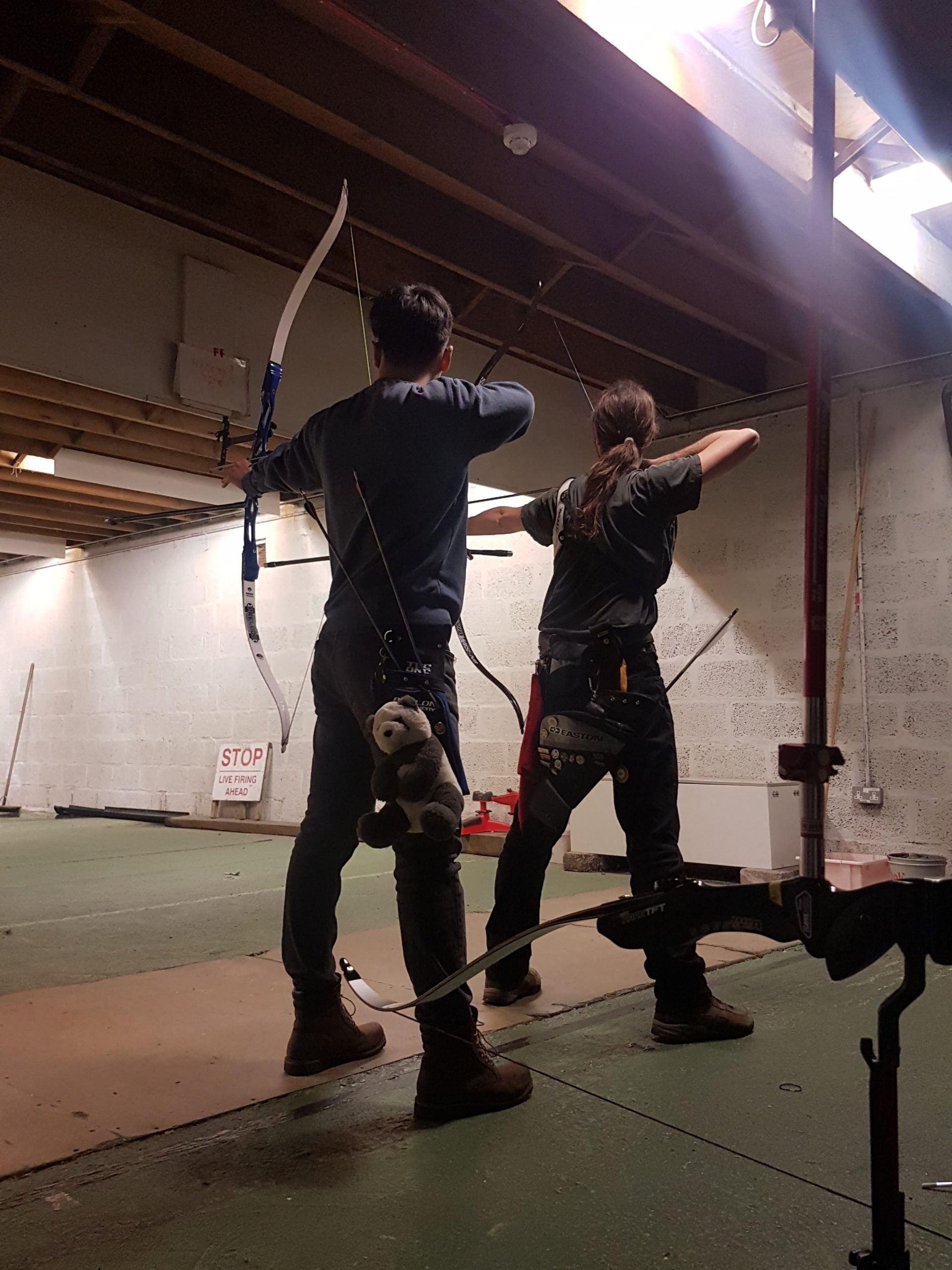 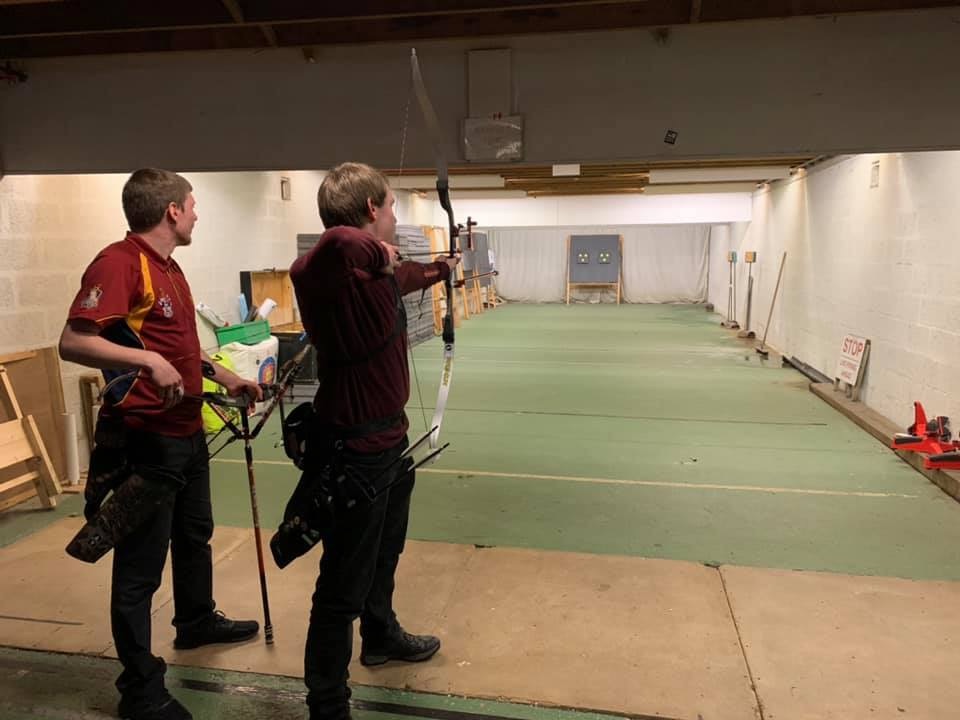