The South East Archery League returns! Approximately one year, eight months and twelve days since the last SEAL Leg (see Varsity 2020), SUAC were all geared up to compete again. This time, due to a shortage of seniors, the team consisted of two seniors and six novices, plus one support human in the form of Callum Inferior. This shoot was away to Imperial College London, so our team would start their day (or afternoon I guess) by boarding a coach towards London. Surprisingly, this was another uneventful journey for SUAC. The team alighted at Victoria Coach Station and deliberated over plans to kill time before the shoot. This deliberation ended in the team splitting up, with the novices visiting a Japanese café, one senior off in hunt of other food, and the remaining senior plus support off in search of a seal.

“But where would they find a seal in London?” I hear you ask. Well. Cast your minds back to SEAL Leg 3 in 2020 (or, you know, just go look up the match report). We knew where one existed. That’s right, the Natural History Museum! Now, I could be impartial and just join back up with everyone at the actual shoot, but where would be the fun in that? I know you’d rather hear about the seal anyway. A quick trip on the underground took Inferior and Bethany to the Natural History Museum. After a brief run-in with security (who knew you couldn’t carry archery equipment around a museum?), the right room was found, and the seal discovered! Now to find the Sports Centre…

At 5pm, the team assembled at the Eros Sports Centre, where SUAC had apparently beaten the hosts to the venue so decided to do a group warm-up in the corridor instead. You know, to psych the other team out. Some speedy setting up saw the shoot start around 5:30pm. The shoot was uneventful to begin with, other than some issues with the bosses sliding around (sight mark? What sight mark?), and one Imperial novice briefly losing their bow (don’t ask, I’m not sure how either). Inferior was distracted by a longbow, and the novices were picking up the ropes of competition, everything was moving along swimmingly. Except, we were only 30 arrows in and only had 45 minutes left to shoot. What ensued can only be described as the fastest two dozen arrows I’ve ever shot, I was even breathless by the end from the speed we were shooting, scoring and collecting! Then, SUAC had to swiftly pack up and say goodbye to our hosts, as we had a coach to catch.

A fun underground trip later, with only one archer getting their kit caught on the barriers (oops), the team made it back to Victoria coach station with 20 minutes to spare. The coach was sitting waiting, but was sadly already very busy, so the team split up again. A few novices found some seats together, and one senior ended up chilling by herself (my audiobook was very entertaining, just so you know). A quick check of the results put one of our seniors at the top of both the experienced ladies and gents, with some notable performances from the novices also. A team photo was attempted, then everyone went home to sleep. 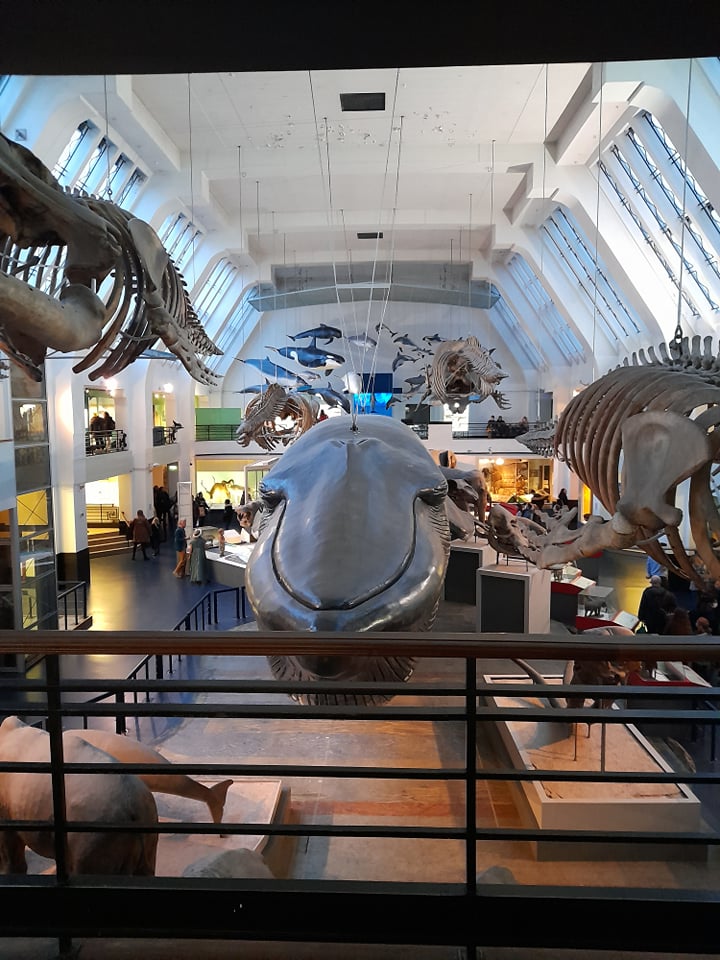 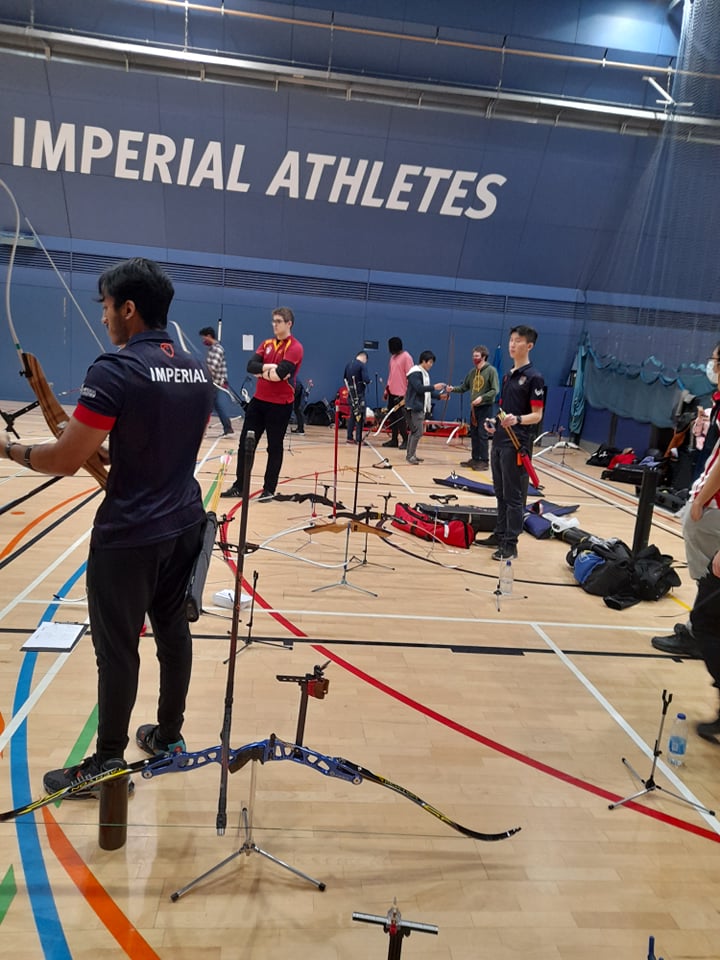 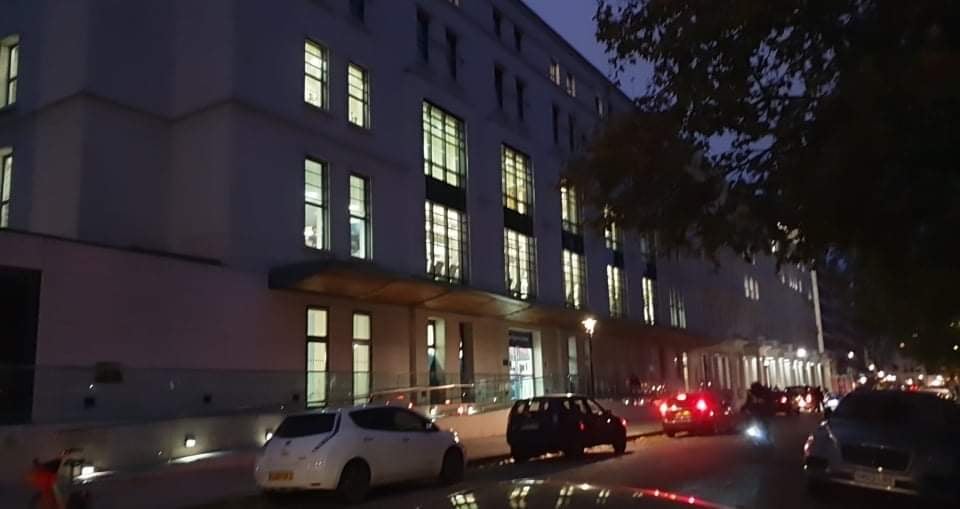 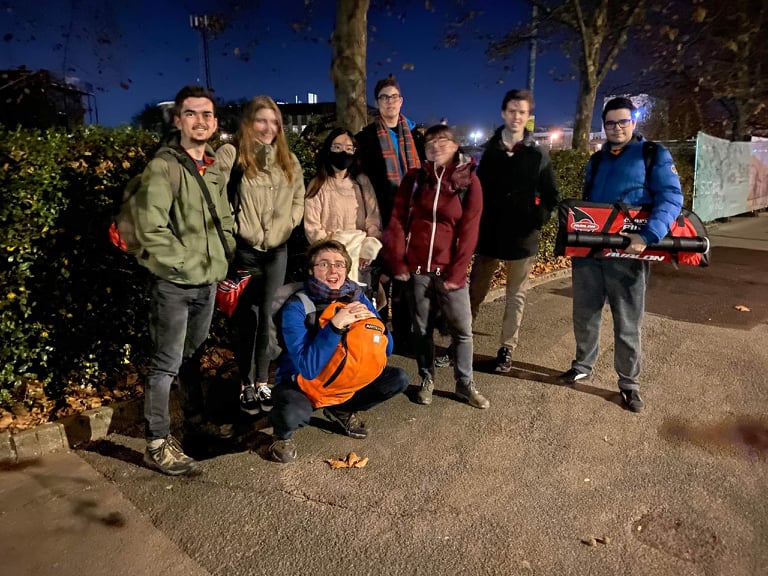 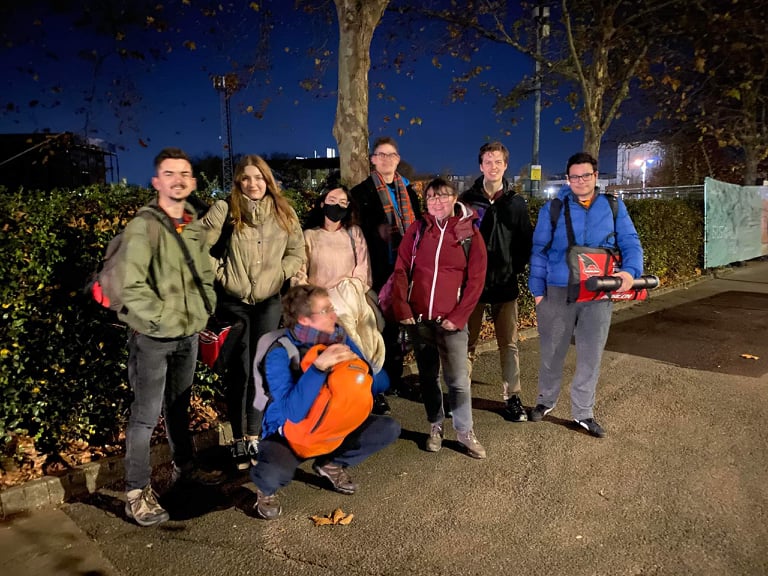 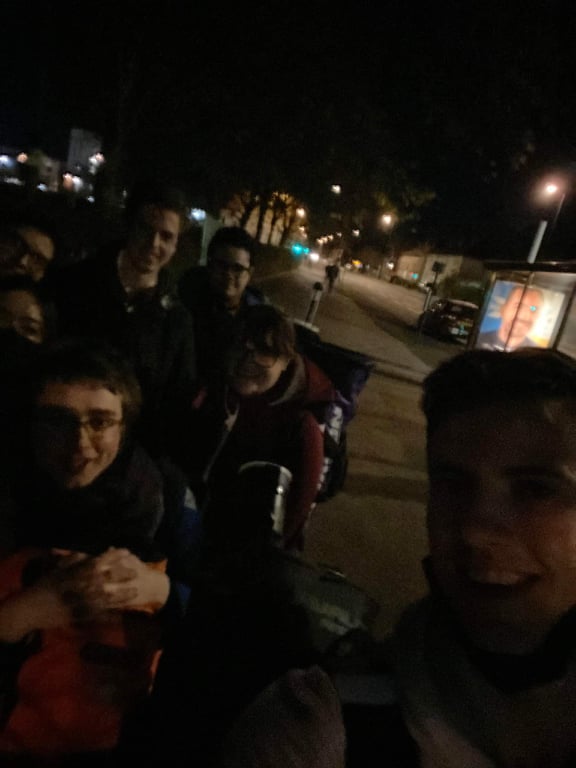