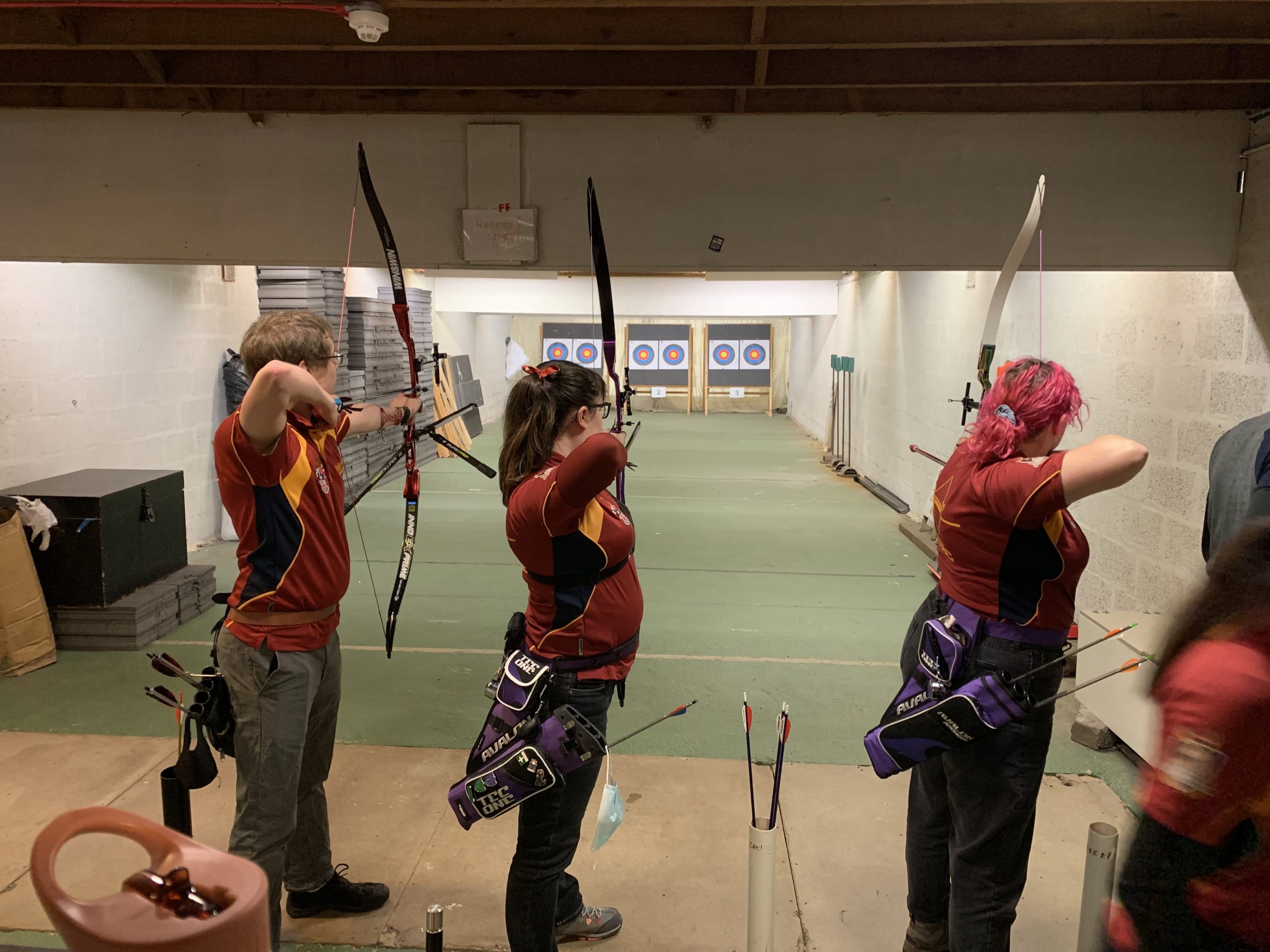 Another month, another SEAL leg, this time hosted at home and run by our very own Comps officer and Captain. SUAC managed to convince a few more seniors to join in this time, seeing our team made up of 5 seniors and 5 novices. This left only two people to run the comp, but how hard could it be?

After some brief remodelling to make the range accessible (one day a new range will come), and a brief realisation that there were no accessible toilets on-site, shooting started in good time and without any hiccups. Judges were only required a couple of times in the first two dozen due to some silly scoresheet mix-ups and the third dozen passed by uneventfully. Some worrying whispers then started to pass between the Captain and Competitions Officer, but the archers ploughed on, putting in some nice fourth dozens. One of the SUAC seniors withdrew due to health concerns, and the whispers continued, with some concern after the second boss was asked to triple check their maths.

The shoot finished, and all archers carefully checked their scoresheets and signed them off. Royal Holloway decided to wait for results, which were taking a suspicious amount of time. Then, one of the SUAC seniors was called into the backroom to see her amazing, record-breaking Portsmouth score of 627! A new SUAC (and world) record for sure. (I was quite happy to accept the 627. No, really, it’s a hardship, but I’ll get through it.) Somehow, TamlynScore had doubled the third dozen for the second boss, resulting in some excellent scores.

Sadly, the competitions officer was unwilling to use the TamlynScore leaderboard, and worked out the rankings himself, presenting medals across overall novice and senior, and barebow novice and senior categories. A good time was had by all.